Atmanirbhar Bharat and PLI: A Future From the Past 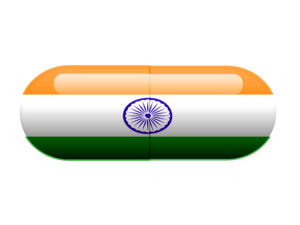 It is difficult to discuss India’s ‘Make in India’ plan without reference to China, and any discussion of India-China relations ultimately leads to a political – rather than economic or scientific – discussion of relations between our two nations.

Setting aside the sometimes-fraught-but-often-beneficial relationship, however, Atmanirbhar Bharat – and more notably the PLI scheme – has the potential to greatly influence the development of India’s expanding pharmaceutical sector.

Atmanirbhar Bharat seeks to realize one of the principal goals of the Father of India, Mahatma Gandhi – namely, a self-reliant India. Just a few years ago (in the golden age of global trade and protracted supply chains), the concept of trade self-reliance would have been interpreted as some form of economic nationalism rather than supply chain security. Post-pandemic, however, ‘economic self-reliance’ looks downright prophetic.

Atmanirbhar Bharat, of course, was not intended to be a wholly protectionist measure, but rather a series of economic development steps to improve India’s competitiveness in the global economy. One of the chief motivations for developing India-centric industries is our growing dependence on China. Consider:

Setting aside the issues of supply disruption, pandemics and cross-border disputes, Indian manufacturers have become dependent on low Chinese prices to maintain competitiveness. This is true of the pharma sector among many others.

“Make in India” – Seeding Innovation
One of the key initiatives established under Atmanirbhar Bharat has been the Output LinkedIn Incentive (PLI) scheme. In the pharma industry, the program aims to create 3 API parks with shared utilities to reduce dependency on the foreign manufacture of 53 APIs. 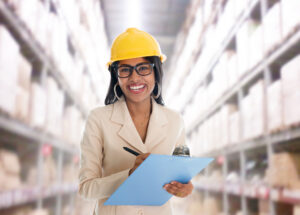 While Neuland is not a direct beneficiary of the PLI scheme as it is currently structured, there are ensuing benefits to pharma manufacturers like us. In fact, measuring the value of such programs at the individual company level only tells a very localized story of how one company benefits, or how one single community benefits in terms of job and disposable income creation.

When examined more broadly as an industry, the value of such programs and government support is better understood. While the rise of one well-funded or supported company may help strengthen a specific community, the advancement of an entire industrial sector helps strengthen a nation.

India, of course, already has a robust generic drug sector – the largest in the world, and a position it has held for many years. According to Global Business Reports:

“The generic drugs industry continues to strengthen itself as a key pillar of India’s burgeoning economy. As the largest provider of generics in the world, the sector contributes to 40% of the United States’ generic demand with Indian companies receiving 304 Abbreviated New Drug Application approvals from the United States Food and Drug Administration (USFDA) in 2017. Moreover, the industry exports to almost every nation, and has significant footprints in all the highly-regulated developed markets.”

The PLI Spillover Effect
The PLI scheme and other initiatives look to strengthen the generics position, but also target India’s growing innovator drug and biopharmaceutical sectors. The creation of hubs, as intended with the API parks outlined in PLI, attract startups, investors and allied companies, creating centers of excellence.

Hyderabad, where Neuland is based, is an excellent example of this concentration of resources – having earned the title ‘Cyberabad’ in relation to its strong base in the information technology sector. Likewise, it has been labelled India’s Genome Valley given its dominant position in India’s drug industry. What began as public sector undertakings 50+ years ago have since created centers of excellence in these two sectors.

From Generic to NMEs
Over the last 25 years, nearly every year has given us an opportunity to say: “this is an exciting time to be in pharma.” Case in point: even two years ago, it would have been difficult to imagine accelerating discovery and commercialization efforts to where we would treat a pandemic with multiple purpose-built vaccines in less than 12 months. 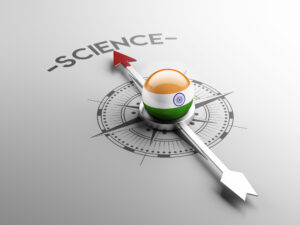 Aside from the science side of pharma, this excitement has been mirrored on the business side. When India joined the WTO in 1995, combined industry exports were under $600 million per year. Pre-pandemic, exports amounted to more than $20 billion per year, India had become the world’s largest producer of generic drugs and was the world’s 3rd largest producer (by volume) of drugs. In 2018, Indian drug companies accounted for 35-40% of the FDA’s 971 approvals.

This is astounding growth by any measure, and recent government initiatives such as ‘Make in India’ are expected to further strengthen the industry as attention in India expands from generics into NMEs (New Molecular Entities, or ‘innovator’ drugs) and biopharmaceuticals.

Historically, government grants and private equity investment in India has lagged behind other industrial nations. Given the sky-high expense and exceptionally long timeframes typical of drug discovery, development and commercialization, government efforts to stimulate growth in the sector are appropriate and welcome.