100 Years of Learning from Pharmaceutical Impurities 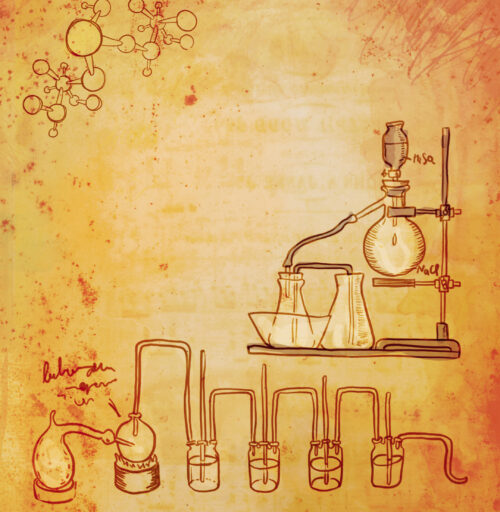 In 1905, George Santayana published his famous aphorism: “Those who cannot remember the past are condemned to repeat it.” More than 100 years later, this is could be an unofficial guiding principle of analytical drug chemistry. The entire point of analytical chemistry is to build on those discoveries which have come before.

In the 100+ years since Santayana’s saying, our scientific knowledge of impurities has changed as radically and as quickly as the instrumentation and technology used to study them.

But the subtext here is also strikingly clear: with each passing discovery, we gain a little bit more insight into how much we still don’t know.

What we do know guides modern pharmaceutical science. We know impurities can appear in drug products at all stages of manufacturing, and we know that they can impact the safety or efficacy of a compound.

We also understand the primary sources of concern for impurities: 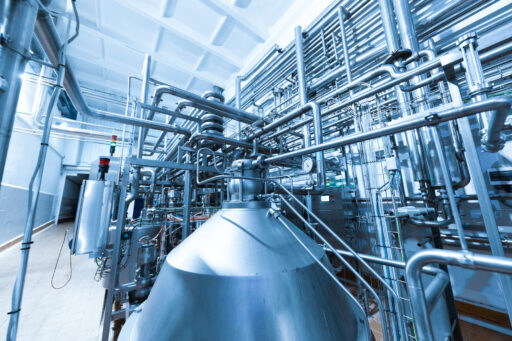 [For a full exploration of each of these categories – and many more – read PharmTech’s excellent 3-part rundown on impurities. While a bit dated (2012), it’s an excellent overview.]

As the role played by analytical chemistry in drug development has grown, our working body of knowledge – impurity formation, genotoxins, route design and much more – has allowed us to proactively confront impurities in an effort to ensure drug safety.

At the same time, it’s recognized that it is practically impossible to completely remove impurities during manufacturing. For that reason, manufacturers must leverage a variety of different strategies for effective impurity detection, quantification and control. Comprehensive impurity profiles should be developed to understand:

In a 2020 article in the International Journal of Environmental research and Public Health (Chemical Impurities: An Epistemological Riddle with Serious Side Effects), the authors wrote: “Although impurities are considered a nuisance in chemical synthesis, they are generally of little concern as long as their identity is clear and their amounts are under control.”

Impurity control is clearly essential, but what about the impurities we don’t yet know about – the ones yet to be identified and characterized? They are often referred to as unidentified impurities “that can be identified only with qualitative analytical values (e.g., peak area, retention time, etc.), for which structural information is not yet available.”

The authors of the article labelled these “Xpurities” to distinguish them from known, identified impurities. They were reported to be “surprisingly common and constitutes a major issue in pharmaceutical research and practice.”

A PharmTech article last Fall on unknown impurities discussed the various technologies currently in-use for impurity detection, as well as what’s on the radar. Current methods for small molecule impurities, based on an orthogonal approach, tend to rely on chromatography with UV-detection. Mass spectrometry (MS) is also a popular approach, but older mass specs (e.g., single-quadrupole MS) face challenges due to lower resolution.

Other methods to isolate and characterize impurities in pharmaceuticals, as described in the Journal of Advanced Pharmaceutical Technology & Research include:

Among all hyphenated techniques, the most exploited techniques for impurity profiling of drugs are LC-MS, LC-NMR, LC-NMR-MS, GC-MS, and LC-MS.”

The next generation gas chromatography-MS (GC-MS) and high-resolution MS (HRMS) are being developed to work in tandem with other technologies to detect and identify impurities in samples.

An article on USP’s Quality Matters blog discussed nitrosamine contaminants in drug products and how the initial 2018 valsartan problem grew in scope and continues to impact supply chains today.

“The complexity and global nature of the pharmaceutical supply chain demands greater diligence, transparency, and collaboration between manufacturers and regulatory agencies around the world to protect patient safety. Collaborative efforts between these and other stakeholders, along with effective tools to detect and control impurity levels, will help safeguard patients’ continued access to safe medicines that deliver the intended therapeutic benefit.” 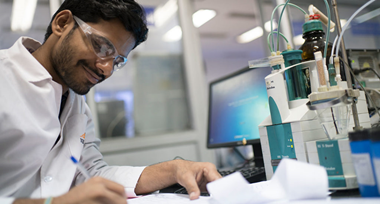 Impurity detection and control is a dynamic practice, and it relies on process chemistry expertise, a best practices approach, and familiarity with the latest instrumentation, methods & capabilities.

The valsartan nitrosamine issue was a clearcut example of how we – as an industry – build upon new discoveries and understandings. Nitrosamines have been around for quite some time, but it was only more recently that it became an issue for the drug industry and regulators.

Check out our in-depth explainer on How the Valsartan Contamination Happened: Its Context & Implications, or our follow-up post tracking the regulatory changes in response to nitrosamine contaminants.