The Impact of Impurities on the Pharmaceutical Industry

Posted on November 13, 2020 by Saharsh Davuluri 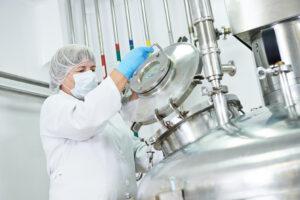 As we’ve discussed in previous posts, the discovery of contamination in generic valsartan – despite the scrupulous care of the manufacturer – was a frightening wake-up call that highlighted significant risks to the industry. The impurity had gone undetected for years, demonstrating the need to not only assure the quality of pharmaceutical ingredients, but also the safety of chemical synthesis processes.

This was just one of several recent incidents involving GTIs. Similar cases included the discovery of ethyl mesylate contamination at a Roche plant in Switzerland and EE impurities in the manufacture of Terbinafine. The incidents and others underscored the need for the industry to reevaluate long-standing best practices and safety procedures.

Understanding Drug Impurities
The ICH broadly classifies impurities in one of three groups:

According to the International Council for Harmonization (ICH), “(G)enotoxic impurities can be broadly defined as impurities that have been demonstrated to cause deleterious changes in the genetic material regardless of the mechanism.” The negative impacts of GTIs may include:

Regulators are Cracking Down
In the past, it was sufficient simply to characterize the final product and any associated impurities. In the wake of these incidents, however, regulatory agencies have made significant moves to reduce toxicity risks. Here are just a few of the changes we’ve seen in recent years: 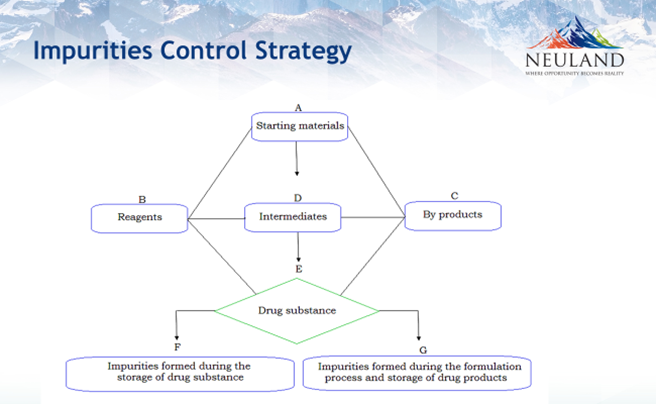 Why? Because unlike typical contaminants, which can be present in 1000, 100, or 10 parts per million (ppm), new toxicity limitations mandate the detection of impurities as low as 1 ppm.

Manufacturing Process Challenges
Evolving standards also present new hurdles and concerns at every stage of the manufacturing process. These include:

Early Successes with New Solutions
API manufacturers and their partners are working hard to meet these new challenges. In one recent case, a Neuland client’s final API process involved the neutralization of salt with a sodium hydroxide solution. In a related substances test, high performance liquid chromatography (HPLC) detected an unknown impurity at a level of 0.14%. 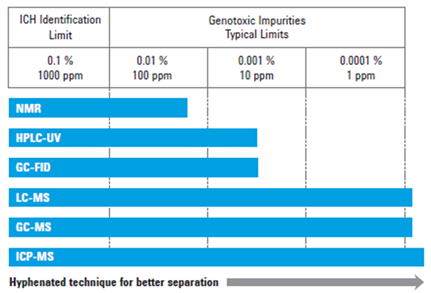 To identify the impurity, we used LC–MS. The mass didn’t match any possible structure we could think of that was present in the starting materials, reagents, intermediates or their possible successive structures.

Subsequently, this impurity was isolated with preparative HPLC. Our investigation of the structure deduced from the isolated material found that it was formed with dichloromethane and acetone in the presence of a strong base. The isolated impurity was spiked with original material to re-confirm it by HPLC, then characterized by nuclear magnetic resonance (NMR) and mass spectrometry. Our hypothesis was further confirmed by lab experimentation.

In another recent case, an unknown impurity — which hadn’t been noticed during the entire development cycle — was detected during process validation. LC–MS analysis revealed an ester hydrolysed product.

Further investigation found that an accidental ammonia leak had occurred during unloading in an adjacent block. The impurity was duplicated in the lab by simulating similar conditions and confirmed by generating structural data and a spiking study.

The Way Forward
Ensuring safe and compliant products and processes will require the industry to take a number of new steps and precautions. We recommend the following practices to minimize your risk: 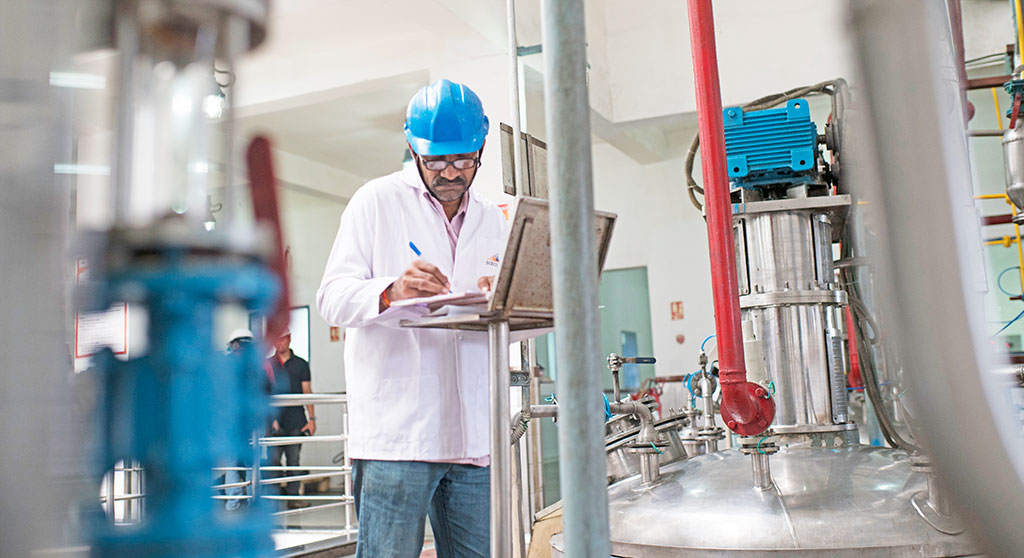 Genotoxic Impurities – Raising the Stakes for APIs
The need for greater attention to GTIs has raised the stakes for the entire API community. We’ve already seen multiple cases where impurities have required products to be withdrawn from the market — sometimes in lots or batches, and sometimes forever.

Even when GTIs can be eliminated by adapting a process, manufacturers may need to make considerable unplanned investments and endure time-consuming requalification before a product can be returned to market. Moreover, failure to detect, investigate, and provide corrective and preventive actions for GTIs also increases the risk of critical regulatory attention, such as the FDA’s 483 observations.

As a result, we’re already seeing major investments and manpower deployments in this area, and we anticipate many more. Tightening regulations mean big business for instrumentation companies, especially the makers of LC–MS and ICP–MS equipment. They’re also creating business opportunities for organizations capable of creating new standards and processes for detecting impurities in manufacturing and production.