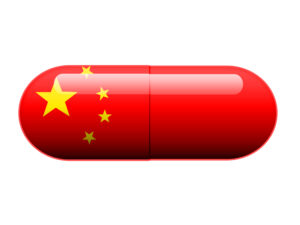 In December 2019, China issued a revision to their Drug Administration Law. It was the most wide-ranging modification of their laws since 2001. It marked a fundamental shift away from a company- or organization-based regulatory philosophy to one which is product-based.

The Marketing Authorization Holder (MAH) system is perhaps the most significant change to Chinese laws relating to drug products. It also brings the Chinese drug industry more in line with regulatory perspectives common in the U.S., E.U., India and elsewhere.

The new MAH system is expected to have an enormous impact on the country’s drug industry.

Why Shift to an MAH-based System?
The goal of a Marketing Authorization Holder-based system is to make it easier for drug developers to bring new drugs to market, while increasing their responsibility for the drug’s safety. The MAH will also seek to minimize some of the challenges China’s drug industry faces, including counterfeit drugs, substandard drugs and high drug prices.

Chinese regulators believe adoption of an MAH system will drive innovation for companies, research organizations & individuals. It will have other, residual impacts as well. Because MAHs are not restricted to manufacturing the drugs themselves, the outsourced contract research, analysis and manufacturing segments will see a significant boost. In turn, the ability to draw on the capabilities of these types of contract providers will further stimulate the growth of small- and mid-sized pharma companies in China.

Where companies previously focused on regulatory approval as the fundamental objective, they will need to shift to managing products across the entire lifecycle – pre-market to post-market. Smaller firms with fewer resources can turn their attention away from the necessity to build production capacity, and instead focus on their areas of expertise.

The MAH Was Already Partially in Place
While the December 1st rollout brought the Marketing Authorization Holder (MAH) system into widespread use, Chinese regulatory authorities had already been working with it for nearly five years.

It was first implemented on a trial basis in 10 provinces in 2016 – in which 3,239 product licenses were issued to 156 Marketing Authorization Holders. The trial period enabled pharmaceutical research institutions and individual researchers to submit clinical trial and marketing applications as drug registration applicants – which allowed them to become an authorization holder.

MAH Now Applies to All Companies in China
The MAH system now applies to all companies applying to register a drug in China. There are, however, some differences between China’s implementation of the MAH and other, existing arrangements around the world.

In China, each MAH must be considered a ‘legal entity.’  Examples include pharmaceutical or biopharmaceutical companies – or a research institute. This differs from existing regions which use an MAH system. In the EU, for example, it isn’t restricted to a company or organization – an individual can also be considered an MAH.

What Are the Roles of a Holder Under China’s New System?
Across the lifecycle of a drug, Marketing Authorization Holders have various responsibilities. These include:

Pre-Marketing
The Holder is required to:

Post-Marketing
The Holder is required to:

Regulatory Implications of China’s MAH
Chinese regulators (the CFDA) will need to expand their focus from the safety, efficacy, and quality of drugs to include evaluation of each MAH’s quality & risk management capabilities. The CFDA will also need to establish standards and guidance for an MAH to follow concerning unit tracking, pharmacovigilance, and recalls.

China’s new MAH system represents another step towards harmonization of the global drug industry.  The hope is that it will foster cross-pollination between R&D institutions and drug manufacturers to further encourage innovation, though we’ll have to wait and see.