At first blush, people will likely read that sentence to mean drugs aren’t arriving at their intended destination. That precursor chemicals, intermediaries, APIs, or finished dosages – either by virtue of plant closures or government intervention –are not making it to where they need to go.

I don’t mean to say that shortages haven’t happened in various countries around the world (hydroxychloroquine, anyone?), but the reality is actually more subtle. It’s a tale of risk, and how companies are struggling – in very short time frames – to minimize and control it.

Neuland has explored this topic before – but it was never widely regarded as an urgent subject until recently. The reality is everyone is feeling this crunch. While Neuland actually has a leg up on this issue (more on that later), the reality of complex, multinational, interdependent supply chains means this issue affects the industry en bloc.

The Focus on China
China – widely presumed to be the originating source of the novel coronavirus – has been the focus of supply chain attentions, most notably in the West but also in countries like India.

Pharma – collectively, as an industry – have become heavily reliant on China over the last few decades. Precursor chemicals, intermediates for APIs and APIs themselves are often sourced from China. And while popular reports that as much as 80% of drugs come from – or rely in some fashion upon – China haven’t been substantiated, there is considerable dependence on Chinese manufacturers.

This situation has been driven over the decades by a number of factors. Two of the biggest are environmental/pollution issues and increasing drug industry cost pressures.

Some of the cost advantages of manufacturing in China have faded. The closures and environmental-related issues mentioned above have revised some pricing – especially in relation to hazardous or polluting chemical production (for example, boron chemistry).

Despite China’s scale advantage, tightening restrictions have made it possible for India to re-emerge as a competitive alternative. This is especially true of precursors and intermediates in which process improvements can bend the cost curve to eliminate offshore advantages.

The Hot Question: Will the U.S. Bring Pharma Manufacturing Back Onshore?
The factors discussed above – and numerous others – led the shift away from domestic production in large parts of the world. As these points indicate, the conditions for their return to home countries – whether in the E.U., the U.S. or elsewhere – will likely never materialize en masse, though some repatriation is likely to occur. 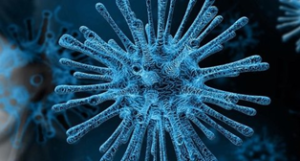 However, labor costs won’t decline in the U.S. Environmental restrictions on large scale manufacturing won’t ease up in Europe. Neither region possesses either the infrastructure – or the muscle memory – for a quick repatriation and reboot of manufacturing.

In fact, some trends tend to indicate the opposite of repatriation is still happening. By the time this post publishes, Novartis will likely have closed a deal to offshore “about 300 generics drugs that it no longer felt were worth keeping, along with three U.S. manufacturing facilities.”

With all of this being said, it isn’t impossible for repatriation of manufacturing to occur…and COVID-19 may provide sufficient incentive to make it happen. Some reshoring is to be expected: higher volume, higher margin products may find their way back to domestic production.

There have been numerous articles about reducing reliance on overseas production of key critical drugs, though the definition of that category shifts depending on the condition or disease (antibiotics, for example, are considered critical, though they reportedly have no impact on viral diseases such as COVID-19).

A more likely outcome will be a shift towards redundancies – secondary manufacturers, backup facilities, multi-region supply arrangements, avoidance (wherever possible) of single-source providers and more. These tactics won’t focus solely on finished dosages, but will increasingly encompass the entire supply chain, starting with the furthest upstream precursor chemicals.

How Can Pharma Improve Supply Chain Security?
This is a question that will likely persist long after COVID-19 has run its course around the world – and it difficult to speculate what might happen. To shed some light, we can share some of the steps Neuland has taken – and where we see opportunities to further secure supply chains.

The temporary closures of Chinese factories in 2018 (referenced above) raised sufficient supply chain anxiety that we began effecting a shift in our own sourcing philosophy. Here is a brief survey of some of 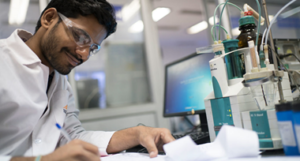 the steps we’ve either taken to address our own concerns and those of our customers around the world, or strategies we have seen gain prominence:

While reliance on China may fade, it won’t wholly disappear. This is the nature of global trade. With that being said, qualification of non-Chinese sources is likely to be a top-of-mind issue as the industry looks to de-risk global drug supplies.