Nitrosamine Impurities and How Companies are Addressing the Crisis 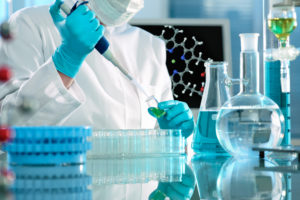 We’ve recently written extensively about nitrosamine impurities, including this in-depth analysis of what transpired with Valsartan, and some follow-up material, here and here.

Nitrosamine impurities have been receiving a great deal of scrutiny in the pharma industry over the last year, and they represent a turning point from a regulatory standpoint.

In 2018, NDMA and similar compounds known as nitrosamines were found in a number of blood pressure medicines known as ‘sartans’, leading to some recalls and to an EU review, which set strict new manufacturing requirements for these medicines.

The Impact of Genotoxic Nitrosamine Impurities
The contamination of Valsartan and other drugs has had a large – and growing – impact on pharma sales, operations and regulatory requirements. For example, Zhejiang Huahai – the Company involved in the initial contamination of valsartan – has stopped production of the drug in its entirety. Given the increasing calls from regulatory bodies to detect and quantify the presence (if any) of such contaminants, the impact is ongoing.

A Growing Number of Affected Drugs
Awareness of nitrosamine impurities began with the sartans (e.g., Valsartan), but contaminants have been found in other popular products, as well. Two more key drugs were recently affected:

The two products specified by the FDA are:

Nizatidine
In September 2019, the FDA announced it had become aware of laboratory testing that found low levels of NDMA in the heartburn medicine, nizatidine. Nizatidine is also an histamine H2 receptor antagonist, and is commonly to treat peptic ulcer disease and gastroesophageal reflux disease (GERD). As with Ranitidine, the recalled prescription Nizatidine capsules may contain unacceptable levels of the nitrosamine, N-nitrosodimethylamine (NDMA).

Mylan Pharmaceutical announced a voluntary recall in January 2020 of 3 lots (150 mg and 300 mg strengths) due to trace amounts of impurities.

In early December 2019, the government in Singapore recalled three metformin drugs due to NDMA found above the acceptable level. 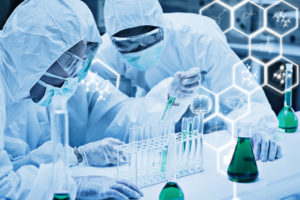 How Do Nitrosamine Impurities Happen?
Nitrosamine impurities are not a simple byproduct. They are quite complex. This complexity has its source in the formation of impurities, either through the introduction of certain reagents or solvents, or their degradation products.

The formation of nitrosamines can occur when secondary or tertiary amines react with nitrous acid. Nitrous acid itself is unstable and can be formed in situ from nitrites (NO2) under acid conditions.

In the case of the sartan compounds, most contain a tetrazole ring. Formation of this tetrazole ring employs the use of sodium nitrite. Coincidently the solvents employed in the cases where impurities were found either were amines or contained traces of amines. This likely produced the observed NDMA and NDEA contaminants.

Our current understanding of nitrosamine impurity formation is that it can occur under the following circumstances:

What Regulatory Standards Should You Follow for Nitrosamine Impurities?
Nitrosamine impurities are genotoxic impurities (GTIs). GTIs are taken very seriously by regulatory authorities, and they have responded to the Nitrosamine issue by mandating that pharma companies test for this impurity during production.

Over the last few months, regulatory agencies (including the U.S. FDA) have ramped up their response to these impurities. The FDA has been testing samples of affected drugs and has requested that manufacturers also conduct lab testing to determine NDMA levels in products. Manufacturers are also asked to send samples to FDA for testing. The agency will recommend a recall of nizatidine in cases where NDMA levels are higher than the acceptable daily intake limit (96 nanograms per day, or 0.32 PPM).

Unlike other genotoxic impurities in which limits are established based on maximum daily dose (MDD), regulatory bodies published nitrosamine limits in their guideline which are independent of MDD. The standard covers various nitrosamines (NDMA, NMBA, NDEA, NDIPA, NEIPA – see chart).

Here are the Guidelines & Methods Regulatory Agencies Established to Control Nitrosamine Impurities
The European Medicines Agency (EMA) and the Coordination Group for Mutual Recognition and Decentralised procedures – Human (CMDh) have both published documents (EMA/189634/2019 and CMDh/404/2019) outlining the processes API manufacturers should follow to determine the presence (and quantity) of nitrosamines. While recognizing that this issue is not likely to impact many drug substances, the European Directorate for the Quality of Medicines & HealthCare (EDQM) has also outlined a response to nitrosamines.

The EMA has indicated that companies should prioritize drugs for review based on a number of factors, including: maximum daily dose, duration of treatment, therapeutic indication and number of patients treated. Tools such as Failure Mode Effects Analysis (FMEA) and Failure Mode, Effects and Criticality Analysis (FMECA) can be used to perform the analysis of drug products at risk.

As outlined by European authorities, the general process for companies holding a CEP (Certificate of Suitability) follows 3 steps:

The FDA has also addressed nitrosamine testing, recognizing that the low levels of impurities present will create testing challenges. They recommend LC-HRMS (Liquid Chromatography High Resolution Mass Spectrometry) to test ranitidine, as the method involves lower temperature conditions (the higher temps of some test methods can lead to NDMA generation).  The FDA has published several test methods which manufacturers may consider when assessing nitrosamine impurities. 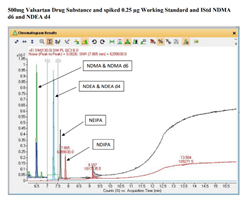 The Official Medicines Control Laboratories (OMCLs) of the Council of Europe has also published various methods to test for nitrosamines, available here.

Does Neuland Manufacture Products with Nitrosamine Impurities?
No – Neuland does not manufacture any products containing Nitrosamine impurities. But as a responsible pharma company, we have begun proactively evaluating all APIs to report to the relevant regulatory authorities. We’ve also incorporated reporting of impurities in the development process of the molecules.