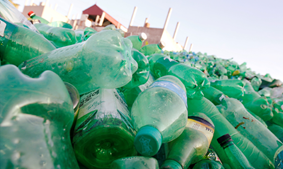 There were many remarkable moments during this year’s World Cup – but the Japanese and Senegal teams and their fans really stand out for non-football-related reasons.

They gained global admiration after meticulously cleaning-up their locker rooms – and the stands! – after their respective World Cup matches.

Have common practices and habits become not-so-common these days? It should be a basic habit to dispose of trash in trashcans and not leave litter lying about. Instead, we’ve become used to admiring a group of responsible people who pick up after themselves!

It’s a timely reminder, since the theme of 2018’s World Environment Day was ‘Beat Plastic Pollution.’

#BeatPlasticPollution
The rampant use of plastic wraps, bags and bottles and their improper disposal has caused major environmental issues. Oceans, mountains, forests and cities are choking under piles of plastic. Social media is filled with images of wild animals trapped, injured and even dying due to plastic pollution.

To celebrate World Environment Day 2018 and spread awareness on Environmental Safety, several programs were arranged across Neuland’s facilities. In tune with the 2018 theme, jute bags were distributed among the employees to encourage them to choose and use sustainable products over plastic and polythene products.

Thanks to everyone at Neuland who participated – keep making a difference!

Rini Biswas, Assistant Manager of Corporate Communications at Neuland, captured this perfectly: “While the celebrations and rallies are one-time events to spread awareness, the responsibility rests on each one of us to follow a sustainable way of life to ensure a pollution free environment.”