With the recent acquisition of Unit III, Neuland’s footprint around Hyderabad continues to grow. 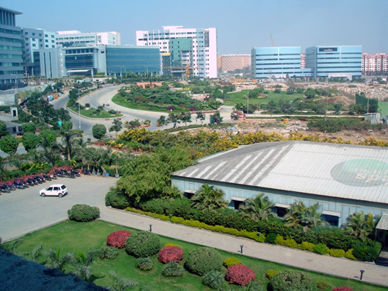 Hyderabad, for those not familiar with India’s fourth most populous city, is a hive of finance, information technology and pharma. It also spreads across 650 km2 (250 square miles) – making it one of the largest metropolitan areas in India, as well.

It’s a city that has successfully evolved from a traditional manufacturing city into two of its more recent namesakes – ‘Cyberabad’ and ‘Genome Valley’ among them.

Pharma in Genome Valley
The Pharma industry is widely distributed around Hyderabad, but generally spreads north from the city outwards. Major regional players include Dr. Reddy’s, Divis Labs, Aurobindo, Novartis, Mylan and others.  (Medindia data found more than 360 major and small pharmaceutical companies reside in Hyderabad and nearby the city in 2015 – and that figure has only risen.)

There are a number of key attractors for pharma in the region – from financial to infrastructure and more. But one of the crucial differentiators is its ready-to-go workforce.

Hyderabad and Pharma Talent
The talent pool is often cited as Hyderabad’s biggest attraction to the pharma industry. The abundance of pharmacy colleges and the availability of students and graduates have led to Hyderabad becoming a top pharma industry hub in India.

How abundant are educational institutions?

The city and its surrounding environs host more than a dozen Colleges of Pharmacy, Schools of Pharmacy, and Pharmacy colleges alone. Hyderabad also offers an array of Centers of Excellence across numerous disciplines, and many other educational and research institutions.

One further benefit of the depth of talent in the region should be pointed out: it spurns pharma and biopharma innovation and the potential for new startups. And some – or perhaps many – will choose to remain in the region, further stimulating the industry’s growth. 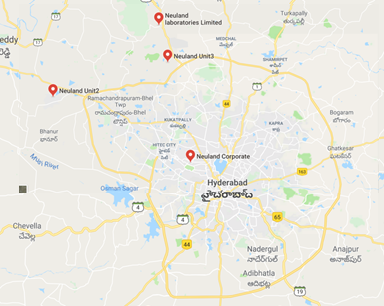 Neuland and Hyderabad
Neuland Labs has facilities spread around the general Hyderabad region.

Our Corporate headquarters are located closer to the center of the city – between Hitech city and downtown.

Neuland’s Unit I is situated about 40km from Hyderabad in Bonthapally on an 11-acre campus. The facility offers 7 production blocks for small volume high-value production. Vessels range from 20-3,000 liters.

Unit 1, which has been inspected by the FDA, EDQM and PMD, also hosts kilo labs and other supporting departments, including Quality Assurance, Quality Control and Regulatory Affairs.

Situated alongside Unit I are our R&D Center, Pilot Plant, Kilo Lab and Process Engineering/QbD Labs…all of which focus on bringing new complex molecules with efficient manufacturing processes to market.

The FDA, EDQM, TGA cGMP and WHO GMP approved Unit II, about 45 kilometers from Hyderabad airport, is a high-volume facility with 6 production blocks and total reactor volumes of 310 KL. Typical product lines include Fluoroquinlones, Anti-Ulcerants, and Prostaglandins.

Neuland Labs’ recently-acquired Unit III is expected to come on line in 2019 with an additional 197KL of capacity and additional room to grow in the future. The 12-acre facility will offer 5 advanced intermediate & API production blocks, analytical method development & quality control labs, and a pilot plant. (Read our earlier post welcoming Unit III.)