Rise of the Peptide Era

Peptide synthesis has a long pharmaceutical history, stretching back to the early 1900s – and then followed by a lengthy period of dormancy. From sciencedirect.com:

“Starting about a century ago (World War I), the advent of the modern drug era came with pioneering therapeutic compounds like the opiate morphine and the cyclic peptide penicillin, followed in the early 1920s by the (poly)peptide insulin. These drugs introduced a new standard in disease treatment. Although peptides thus held their place among the initial therapeutic discoveries, small molecules rapidly took preference in the drug development industry.”

Only recently have peptides gotten another look – and the pharma industry is seeing significant potential. In its most recent market report, Grandview Research estimated the peptide therapeutics market will reach nearly $50 billion. Of particular interest is what is driving the growth:

“Technological advancements in peptide manufacturing processes are one of the major factors driving the market growth during the forecast period. Manufacturers and suppliers are focusing on the adoption of novel technologies to manufacture efficient drug molecules with low time and capital investment. Improvement in purification & automation process and less generation of waste is an additional factor attributing toward market growth.”

These challenges all conspired to render the peptide class promising – but ultimately unrealizable.

It’s a far cry from the early days of pharma, when peptide-based compounds like penicillin, cyclosporine, and insulin first rose to prominence. Fast forward several decades – what exactly has changed to make peptides suddenly attractive as a therapeutic class? 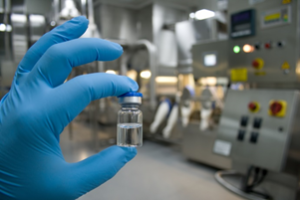 The changes have come about due to a collection of advances in chemistry, biology, genomics, dosage formulation, combined with rapid shifts in our understanding of human health and exponential improvements in technology (from computational power & informatics to spectrometry, imaging and more).

Over the last two decades, we’ve seen sufficient advances in these different but interrelated areas begin to converge, enabling not a rethinking of peptides but rather the realization of their known benefits & potential.

Mucosal: use of nasal sprays and sublingual use
Oral: coatings are used to protect the active substance from digestion in the stomach, or to protect the peptide against peptidases
Transdermal: patches have been successfully developed

Finding the Right Peptide Synthesis Technique__________________________________________
Peptides are a complex drug class, and have historically proven challenging from a manufacturing standpoint. They are, however, experiencing a renaissance due to improvements in peptide synthesis, the development of high-throughput approaches and various innovations to overcome some of their traditional limitations, such as stability and half-life. These advances are expected to drive the peptide drug market to over $48 billion by 2025.

Most peptides between five and sixty amino acids are produced by standard solid phase peptide synthesis (SPPS) procedures. Multiple kilos of shorter length (up to 10 amino acids) are produced by solution phase methods. For longer peptides, containing up to 120 amino acids, segment condensation and ligation techniques are employed.

Choosing the Right Synthesis Technique for Your Peptide API

The decision regarding which production technique to use is driven by three pivotal factors: 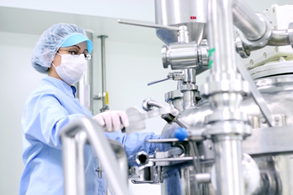 Peptides are produced using one of three synthesis methods: liquid phase, solid phase or a hybrid approach. Each has its advantages and disadvantages.

The aggregation of peptide chains caused by intramolecular hydrogen bonds is a common challenge with longer or more complex peptides. It can result in slower and incomplete coupling reactions and incomplete deprotection of the Na-amino protecting group – meaning a modified or damaged peptide.

There are a number of steps taken to prevent aggregation during peptide synthesis, including cleavage and deprotection. The most commonly used – and mildest – method is Fmoc – the removal of the Fmoc group to expose the α-amino group. In addition to cleaving under very mild conditions, it is (typically, though not always) stable under acidic conditions as well.

Fmoc & Orthogonal Approaches to Peptide Synthesis
One of Fmoc’s greatest advantages is its ability to work well with other protecting groups (e.g., Boc) – allowing for an orthogonal approach – a common strategy in organic peptide synthesis.

Common Fmoc Methods for Disrupting Peptide Aggregation
Advances in peptide synthesis methods and ready availability of reagents that disrupt intramolecular hydrogen bonds have made complex syntheses much more practical. There are three Fmoc strategies for disrupting aggregation. The decision to use each one is directly dependent on the type of building block being used.

Evaporation – the most commonly used crystallization method for small peptides – is scalable, but isn’t an effective technique for producing or analyzing complex peptides. Emerging technologies, however, are playing in a key role in overcoming these hurdles. Hghlighted below are two such innovations driving improvements in purity and yield.

The technique uses TAG, hydrophobic benzyl alcohol or benzyl amine derivatives at C-terminus – instead of resins in solid phase synthesis (SPPS). The reactions of coupling to form peptides and deprotection of N-Fmoc or Boc in slightly hydrophilic solvent are performed in homogeneous solution (typical of LPPS).

Precipitation and isolation of a desired tagged-peptide is easily performed by adding a hydrophilic solvent to the reaction mixture.

By using its patent-protected achiral hydrophobic tags, peptide solubility can be controlled. A synthesis begins with the attachment of a patented hydrophobic tag to the C-terminal amino acid.

Peptide chemistry reactions are then performed in a hydrophobic solvent. When the reaction is complete, the tagged peptides can be precipitated and filtered. 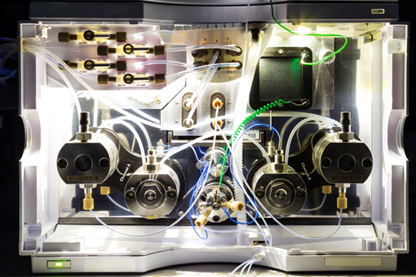 In pharma, analytical RP-HPLC is employed specifically to release and characterize raw materials, intermediates and active pharmaceutical ingredients (APIs). Likewise, preparative RP-HPLC is used to commercially produce peptide APIs, along with most other complex APIs that cannot be crystallized.

The new method developed by Neuland uses C-18/C-8 derivatized silica, coated with a hydrophobic quaternary ammonium salt or quaternary phosphonium salt. It increases 7- to 12-fold the sample loading of the crude mixture of organic compounds including synthetic crude peptides. What causes such dramatic results is the additional surrogate stationary phase characteristic of the C-18/C-8 bound quaternary salt.

Secure Your Peptide API Supply Chain.
Supply chains have become mission-critical for the pharma industry, and peptide API manufacturing is no exception. Helping clients improve the security of their supply chains means maintaining the security of our own capabilities. At Neuland, we leverage ‘insulating facilities,’ a redundancy which provides customers with seamless, rapid supply transition in the event of a disruption. Contact us today to learn more about our capabilities, tools and techniques for peptide drug development & commercialization. 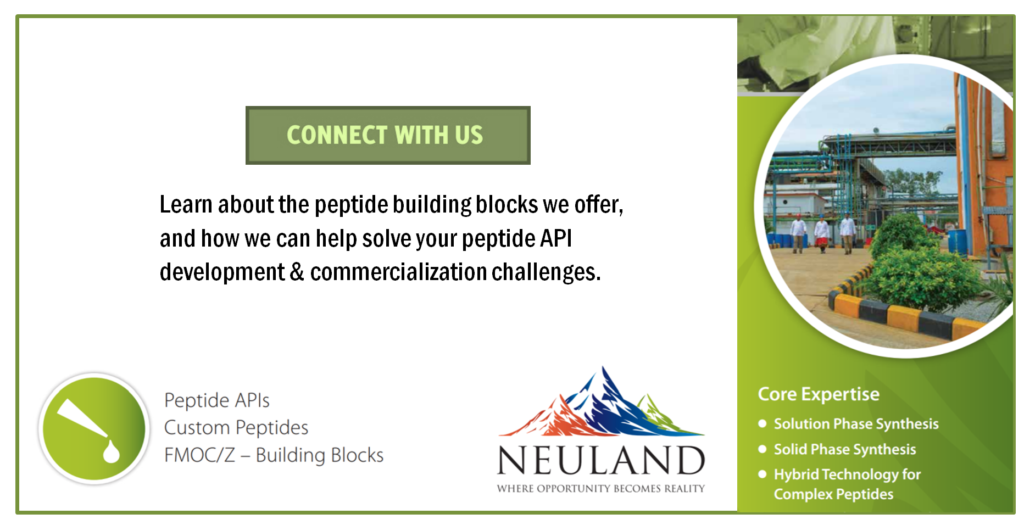