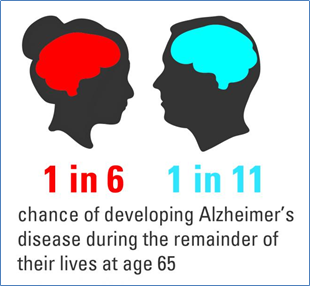 Alzheimer’s Disease (AD) is a heartbreaking and tragic condition affecting millions of families worldwide. This month, we highlight how health and pharma intersect.

From the Journal of Alzheimer’s Disease:

“The incidence of the disease is higher in women than in men, and this cannot simply be attributed to the higher longevity of women versus men. Thus, there must be a specific pathogenic mechanism to explain the higher incidence of AD cases in women. In this regard, it is notable that mitochondria from young females are protected against amyloid-beta toxicity, generate less reactive oxygen species, and release less apoptogenic signals than those from males. However, all this advantage is lost in mitochondria from old females.” 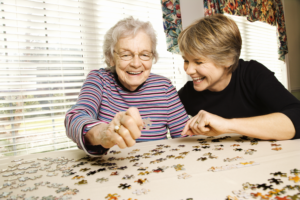 How much more likely are women than men to suffer from AD? Cognitive Vitality, a program of the Alzheimer’s Drug Discovery Foundation, reported last summer that “more than 5.5 million Americans are living with Alzheimer’s disease, of whom two-thirds are women.”

Treating Alzheimer’s Disease
Worldwide, 50 million people suffer from Alzheimer’s and other forms of dementia. While there are currently no drugs which can cure Alzheimer’s outright, common drug interventions for AD can – in some patients – temporarily alleviate the symptoms or slow their progression.

The Alzheimer’s Association discusses another drug, Memantine (Namenda) – as well as a combination of memantine and Donepezil (Namzaric) as treatments which are approved by the FDA for moderate to severe Alzheimer’s.

There are also a number of drugs in various stages of development worldwide, including selective beta secretase inhibitors, immunotherapies, inhibitors targeting the accumulation of tau, anti-inflammatory combinatorials and more.

Donepezil
Neuland is a manufacturer of Donepezil – the generic API of Aricept (we produce both Donepezil base and Donepezil hydrochloride). Donepzeil was first approved in 1996, and is a reversible acetylcholinesterase inhibitor. As an enzyme blocker, controlled studies have shown modest benefits in cognition or behavior. While it does not cure Alzheimer’s disease, it may temporarily improve memory, awareness, and the ability to function.

Ending Alzheimer’s – #ENDALZ
While drugs such as Donepezil can provide modest temporary benefit, the focus this month is on ending Alzheimer’s entirely. Essential to this are ongoing efforts to build awareness – awareness of Alzheimer’s disease itself, its progression & stages and its signs & symptoms.

Preventing Alzheimer’s Disease: What You Need to Know 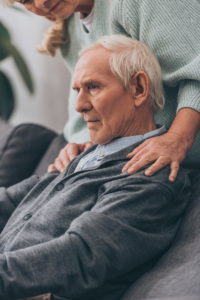 While scientists continue to look for a cure to Alzheimer’s, or at least a way to stop it’s progression more permanently, there are steps we can take to ensure our brains remain as healthy as possible. Check out these tips from Harvard Health on keeping your brain healthy.