Growth in Peptide Demand
In its most recent market report, Grandview Research estimated the peptide therapeutics market will reach nearly $50 billion. Of particular interest is what is driving the growth:

“Technological advancements in peptide manufacturing processes are one of the major factors driving the market growth during the forecast period. Manufacturers and suppliers are focusing on the adoption of novel technologies to manufacture efficient drug molecules with low time and capital investment. Improvement in purification & automation process and less generation of waste is an additional factor attributing toward market growth.

…Outsourced manufacturing is expected to grow at CAGR of 6.7% owing to requirements of complex procedures and shift in preference toward outsourcing, which helps in eliminating cost of production.” 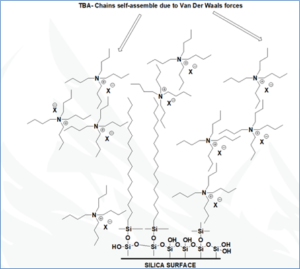 Complex Peptide Purification Faces Challenges
The purification of larger or more complex peptide APIs can be more difficult due to a number of factors, including:

Peptide purification techniques that can increase the resolution between related substances and the API are critical for establishing identity, purity & assay – and for increasing the preparative output. The ultimate goal: high-quality, affordable peptide APIs.

Evaporation – the most commonly used crystallization method for small peptides – is scalable, but isn’t an effective technique for producing or analyzing complex peptides. Neuland’s proprietary technique – Preparative Reversed Phase High Performance Liquid Chromatography (RP-HPLC) – is used for the cGMP production of Peptide APIs and other complex APIs that cannot be purified through the use of crystallization.

In previous posts (here and here) we’ve shared how our surrogate stationary phase in peptide purification is used.  From the standpoint of peptide processing efficiency, it is an incredibly effective technique resulting in RP-HPLC loading capacities 7-12X greater than traditional methods.

This technology was developed with two types of novel surrogate stationary phases (SSP) for Prep-RP-HPLC that can increase resolution and increase loading capacities:

The RP-HPLC approach to chromatography has applications in a peptide lab that is faced with improving peptide purification efficiency & throughput using existing technology.

How SSP-Prep-RP-HPLC Works
Are you interested in some of the technical aspects of SSP? Here’s a PharmTech Q&A from last year (Reverse Phase Liquid Chromatography Using Surrogate/Additional Stationary Phases). Neuland’s Vice-President & Head of Peptides joined a consultant from CMC Development to discuss the use of a surrogate phase (we use the terms surrogate stationary phase, SSP, and additional stationary phase, ASP, interchangeably).

The PharmTech Q&A explored how to improve separation & resolution between two analytes (the key is to understand precisely how an analyte interacts with the stationary and mobile phases), and some of the key performance features and differences between normal columns and SSP-coated C18 columns.

Questions about peptides? We’re here to help! Contact us to discuss your challenges.