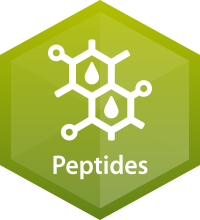 Synthesis of longer and complex peptides is a challenging task due to aggregation of the growing peptide chain caused by the intrinsic intramolecular hydrogen bonds. These result in slower and incomplete coupling reaction, and in incomplete deprotection of the Na-amino protecting group. Advances in peptide synthesis methods and ready availability of reagents that disrupt these inherent intramolecular hydrogen bonds have now made such complex syntheses facile.

There are three strategies for disrupting aggregation depending on the type of building block used and are described here. The first and most prevalent strategy employs Fmoc-pseudoproline dipeptides for incorporating the serine/ threonine and the residue succeeding it. The second strategy exploits the unique benefits of Fmoc-isoacyl dipeptides, and the third strategy uses Fmoc- (Dmb)amino acids and dipeptides.

I. Utility of Fmoc-pseudoproline dipeptides refs 1-5:

The following benefits of using pseudoproline dipeptides in peptide synthesis are well established:

These are proving to be remarkable tools for enhancing the synthetic efficiency in the Fmoc/ tbutyl based solid phase strategy. Substitution of Xxx-Ser/Thr in a peptide sequence with the corresponding isoacyl dipeptide results in the formation of a depsipeptide analog of the native sequence. Here an ester linkage replaces the original amide bond between Xxx and Ser or Thr. This modification results in a marked change in the conformation of the peptide chain. The result is disruption of aggregation in a manner similar to the effect seen with the pseudoproline or N-Dmb/Hmb-residue. The added benefit due to the survival of the depsipeptide bond after the final TFA cleavage step is “de-aggregation” of the natural aggregating peptide, and hence the resultant beneficial impact on purification. The native peptide is regenerated when exposed to basic pH.

The deaggregation benefits of N-alkyl amino acids are seen with (Dmb)Gly and with the corresponding dipeptide analogs. The use of Fmoc- Asp(OtBu)-(Dmb)Gly-OH in sequences containing –Asp-Gly- has been shown to suppress formation of b-Aspartyl peptides. The beneficial use of Fmoc-Gly-(Dmb)Gly-OH in the synthesis of peptides containing multiple glycines has been demonstrated.

Your personal information will be treated under relevant Data Protection Laws. For further details of the usage of your personal data please refer to our Privacy Notice Neuland Privacy Policy.