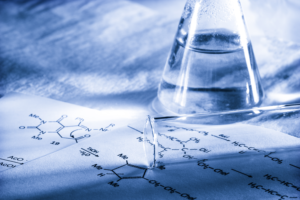 Peptide process development projects have increased in the last few years. Judging by our blog readership and social interactions, interest in peptide drugs is continuing to grow by leaps and bounds.

Peptides are a unique class of drugs nestled between small molecules and proteins. Between 1920 (the introduction of the world’s first peptide drug – insulin) and 2017, more than 60 peptides have been approved by the FDA.

Peptides are attractive as a drug class due to their high specificity and low toxicity, but certain properties have historically limited its utility (e.g., parenteral route of administration, proteolytic instability, etc.). These are among the limitations of peptides that are currently being overcome, and have been the focus on increased research and industry attention over the last decade or so.

We’ve written on a number of peptide topics over the years, and much of our focus has been on the various techniques used to synthesize the peptide API – liquid phase, solid or hybrid. 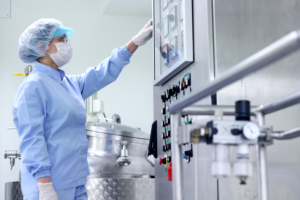 Most of our peptide projects extend well beyond synthesis technique selection and development to encompass other key areas of peptide drug commercialization.

Scale-up, confirmatory batch production, process optimization and analytical methods development are all milestones on the path a peptide therapeutic takes through clinical trials to market. It is the collective advances in these related disciplines – better chromatographic resolutions, or our greater knowledgebase for methods creation and validation, for example – which have contributed to the resurgence of pharma peptides.

16 Amino Acids. 100 Kilograms. 98% Purity!
Our previous liquid phase synthesis of a decapeptide (10 amino acids) at 35 Kg scale involved 24 steps. At the time, we considered this a very significant peptide manufacturing milestone for Neuland.

Then one of our U.S.-based customers asked us to develop a liquid phase synthesis route for a cyclic sixteen amino acid peptide API which possessed multiple disulfide bonds.

They also wanted the peptide scalable to 100+ kilograms per year. 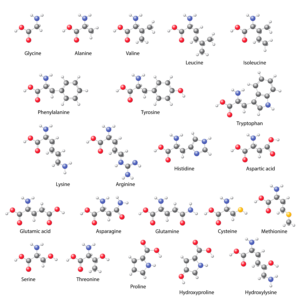 Overall, the final process involved 40 isolated stages. Each stage required evaluation of optimal reaction conditions. For each of the 40 steps, reaction parameters – including temperature, reactant molar ratios, and pH – were optimized.

Specific analytical methods were also developed, and critical process parameters and critical quality attributes were established for each stage.

To demonstrate scalability, Neuland prepared all the segments in several hundred grams quantities (with purity exceeding 95%).

Process consistency was established by conducting three lab verification batches for each of the stages. The yield for the verification batch of the lyophilized peptide API (post-preparative HPLC) was ~30% and the final API purity was 98+%, per the customer’s specification.

The Peptide Class is in Session
While this was just a single project at Neuland, it was an example of a successful – and quite complex – liquid phase synthesis scaled to commercial volumes.

From analytical and process instrumentation to novel peptide assembly methods, much has happened to pave the way for the peptide API industry to routinely discuss projects at 100+ kg/yr scales…at 98+% purities…across 40 manufacturing steps.

We’ve reached a juncture where complex peptide manufacturing techniques and instrumentation are starting to bend the cost- and scale curves, just as the science of peptides seems to be coming to fruition. This is building a more compelling revenue case for peptide therapeutics – something that has generally been out of reach.

The peptide class, it seems, is in session.