How the Valsartan Contamination Happened: Its Context & Implications

Last year’s valsartan contamination and recall brought some surprising chemical synthesis issues to light in the pharma industry. While the reactions used in generic valsartan production are known to be a source of certain impurities, they were below current disregard limits and didn’t raise any red flags. It was the impurities that no one thought to look for, however, which led to the recall.

Valsartan is an angiotensin receptor blocker, or ARB, used to treat high blood pressure & heart failure. Neuland Labs does not manufacture valsartan, but the chemical synthesis risk management takeaways from this series of events apply uniformly across the API industry. 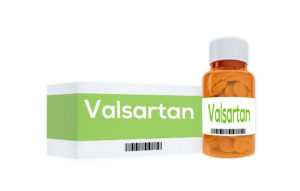 When Novartis’ patent for valsartan expired in 2011 in Europe and in September 2012 in the U.S., manufacturers of generic active pharmaceutical ingredients (API) raced to develop their own synthesis processes. A market that in 2010 was worth six billion USD was about to open its doors.

Judging from the patents filed around that time, Novartis/Ciba-Geigys original method for the tetrazole-forming step relied on the use of tributyltin azide. The yield of this step was 65%.

Various methods for forming 5-substituted tetrazole cycles on nitrile groups with sodium azide had been around for some time – relying on the use of metal catalysts, strong Lewis acids or tertiary amines.

In September 2010 Zhejiang Huahai patented a sodium azide-based synthesis method for valsartan, resulting in much improved yields approaching 90%. At the time the inventors boasted: “The method has the advantages that the operation is simple, the yield is high, the product purity is high, and the industrial production is easy.”

But sodium azide, it turned out, was a dangerous substance whose toxicity compares to that of potassium cyanide. It was fatal if swallowed, inhaled or put in contact with the skin. Since the new synthesis method required bringing a stoichiometric excess of sodium azide to the reaction, an unreacted residue of this highly toxic substance would remain in the product.

To deal with the toxicity of sodium azide, Zhejiang Huahai’s valsartan process chemists opted to add nitrous acid to the production broth as soon as an in-process control confirmed the complete formation of the tetrazole cycle. They did so in the form of sodium nitrite –  which in the acidic environment of the broth turned into nitrous acid. Nitrous acid was a known decontaminating agent of sodium azide. It caused the degradation of sodium azide to nitrogen gas, nitric oxide and sodium hydroxide. The toxicity issue was thus resolved.

NDMA: Toxicity Tragedy
Zhejiang Huahai patented this production method in 2014, but their valsartan process had been based on the use of sodium azide as far back as 2012. Tragically, Zhejiang Huahai’s chemists failed to realize that while eliminating the toxicity due to sodium azide, their process generated another toxic substance: N-nitrosodimethylamine (NDMA) – a probable carcinogen in humans.

The solvent of the tetrazole-forming step was dimethylformamide, whose industrial production process starts from dimethylamine. It is now suspected that the residue of dimethylamine in the solvent reacted with nitrous acid to generate NDMA.

The presence of this contaminant remained undetected until early June 2018, when the manufacturer was reviewing and optimizing its processes. It is important to underline that the levels of NDMA eventually identified in valsartan were well below 0.05% – the disregard limit of the European and American pharmacopoeias for the related substances of valsartan.

According to the European Medicines Agency (EMA), NDMA was found in Zhejiang Huahai’s valsartan, on average at 66.5 ppm, and at most at 120 ppm – enough to represent an unacceptable health hazard, but not enough to be distinguished from analytical noise during routine quality control of valsartan.

Besides, whereas HPLC was used for control of the related substances of valsartan, gas chromatography would be the preferred method for separating NDMA. In 2017 FDA investigators had reported occasional issues with the tests of impurities during inspections of Zhejiang Huahai, but those issues were not critical and concerned chromatography peaks above the disregard limit.

Since it was below the normal reporting level of impurities, the presence of NDMA had been missed for years, not due to any fault of the company’s quality control. Rather, it was missed as a consequence of the faulty assessment of the safety of the synthesis process.

The presence of the NDMA contamination implied that the company’s European pharmacopoeia (CEP) certificate of suitability for valsartan was wrong. The European Directorate for the Quality of Medicines (EDQM) thus suspended the validity of the certificate as soon as the contamination became known.

The EDQM assessors of valsartan’s CEP application dossier had failed to realize the risk, as had Zhejiang Huahai, the U.S. FDA and everyone else.

Sodium Nitrate – a Missed Red Flag
The risk of formation of carcinogenic nitrosamines from nitrites and secondary amines in acidic conditions has long been known to the food industry. It was not rocket science – yet it came as a surprise to the pharmaceutical industry.

The use of sodium nitrite in the valsartan processes of Zhejiang Huahai and other manufacturers should have been a red flag prompting an evaluation of any presence of secondary amines, but it did not. From this perspective, it would be a mistake to see Zhejiang Huahai as an exceptionally careless actor.

In fact, quite the contrary seems to be the case.

Better Synthesis Risk Management
This company actually managed the risk of genotoxic and mutagenic impurities better than the average manufacturer. For instance, in one of their products – dabigatran etexilate mesylate – Zhejiang Huahai had specified a tight ppm acceptance limit for control of the potential presence of ethyl mesylate.

Ethyl mesylate is a genotoxic substance known for having caused a carcinogenic contamination in Nelfinavir at a Swiss plant in 2007. Such careful controls are not commonly seen at mesylate substance manufacturing plants.

Zhejiang Huahai’s discovery of the presence of NDMA in valsartan in June 2018 was – of course – overdue, but anyone familiar with the API industry will recognize that it was beyond what the average generic API company would likely do.

How often do we see an elective ICH M7 compliance program at any API plant? Rather than any exceptional sin on the part of the manufacturer, the valsartan contamination event might reveal that the pharmaceutical industry – focused as it is on the quality of pharmaceutical ingredients – has not been paying enough attention to the safety of chemical synthesis processes.

As soon as the valsartan contamination became known, the manufacturer and regulatory authorities rushed to test NDMA in other company products. They were satisfied to detect no NDMA in those products.

Irbesartan, which is another tetrazole molecule, was one of those products. Like valsartan, Zhejiang Huahai synthesized it according to the sodium azide method. Unlike valsartan, though, no dimethylformamide was used, but triethylamine was – which implied the natural presence of a residue of diethylamine from the manufacturing process of triethylamine by alkylation of ammonia with ethanol.

Looking for the Right Impurities
Because sodium nitrite was used in this process, the potential contaminant that needed to be tested in irbesartan was not N-nitrosodimethylamine (NDMA), but Nnitrosodiethylamine (NDEA). Everyone was looking for the wrong impurity. Just like the valsartan process, the chemical synthesis process of irbesartan had not been carefully studied. The scope of investigation was extended to other valsartan manufacturers, as well.

On 16 July 2018, the European Medicines Agency wrote to a number of manufacturers of the substance to inquire about their production methods for a re-evaluation of risk of generation of NDMA. Obviously, the investigation will also need to be extended to candesartan cilexetil, irbesartan, losartan and olmesartanmedoxomil, as these substances contain 5-substituted tetrazole cycles that are formed through the same method based on sodium azide.

It seems we will have to look deeper and wider than just NDMA in valsartan.

A Proper Response to Drug Contamination
We can be confident the valsartan contamination incident will be corrected although some patients will suffer serious consequences. Zhejiang Huahai reacted to their discovery responsibly. They halted production, sealed the stocks at the warehouse, and promptly notified the authorities and customers. The synthesis process will undoubtedly be modified, and NDMA will be routinely evaluated in valsartan.

This event will eventually be brought under control. But we would do well to understand that the contamination of valsartan remained undetected for years because the industry’s approach to the quality control of pharmaceutical ingredients tends to focus on the generally-harmless related substances of synthesis.

The Future of API Quality Management
The troubling question is: How many NDMA, NDEA, ethyl mesilate and other highly toxic, low concentration, impurities might lie hidden in the hundreds of pharmaceutical ingredients made by thousands of manufacturers around the world?

Something needs to change in our quality management of pharmaceutical ingredients, not only to prevent similar contaminants in the future, but also to become aware of the ones which may be there – right now – in our medicines.