Posted on September 14, 2018 by Saharsh Davuluri

An article at Pharma Manufacturing (Shrinking Big Pharma) pointed to the recent movement among Big Pharma towards smaller production floors.

It comes as no surprise.

With the rise of target-based drug discovery, the era of the blockbuster drug is fading –  being replaced by a growing need for smaller, more nimble production units that can better address today’s need for lower-volume (and increasingly niche) therapeutics.

In 2014, the New York Times reported: “Seventy percent of new drugs approved by the F.D.A. last year were so-called specialty drugs used by no more than 1 percent of the population.”

The years between the launch of the first blockbuster (SmithKline Beecham’s Tagamet, in 1993) and the present have seen many new drugs reach blockbuster status. 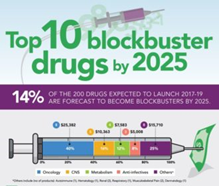 The wider adoption of generics is also having an impact on the long-term ‘blockbuster’ potential of drugs. Drugs are losing sales to generics faster than ever today.

Shifting Drug Manufacturing Approaches
With that being said, pharma firms are recognizing there’s a shift towards precision medicine – and they are modifying their approach to drug manufacturing accordingly.

There are a number of reasons why companies are rethinking their manufacturing facilities and shrinking their production footprints. Here are several of the top reasons behind the shift towards smaller production blocks:

These considerations have been S.O.P. among many contract manufacturers for quite a while. Since firms such as Neuland tend to work with a broad array of products – from orphan up to blockbuster-sized drugs – offering a diverse range of flexible production blocks has proven critical to our success and growth.