Posted on September 28, 2018 by Saharsh Davuluri

The use of anti-psychotic drugs to treat conditions such as schizophrenia and bipolar disorder is on the rise and estimated to reach $18.5 billion by 2022. It is a market driven primarily by the increased incidence of cases of mental disorders and psychosis. In a study examining the incidence of psychosis, the median global prevalence rate was estimated at 4.6 per 1000 people.

Treating Psychosis
Antipsychotics (also referred to in literature as neuroleptics) are medications targeting the management of psychosis, mainly schizophrenia and bipolar disorder. They are generally effective in providing short-term symptom relief to control psychotic behavior and reduce psychotic symptoms. 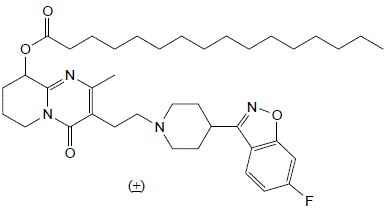 With these techniques however, the 9-hydroxy group on the Paliperidone is converted to an oxo group which forms an undesirable ketone impurity.

This impurity – which may lead to undesired toxic side effects – was mentioned as a major impurity for Paliperidone in the 2007 EMEA report. It was identified as R125239 (M-12 metabolite), and considered as toxicologically qualified up to 0.62%.

Because this impurity has to be removed from the final API, most of the references in the prior-art involves the use of an extra purification step to remove this ketone impurity which not only lengthens the production time but also decreases yields.

In 2011, Neuland filed for patent protection of a new method to produce Paliperidone and Paliperidone palmitate through a novel intermediate – 3-(2-chloroethyl)-6,7,8,9-tetrahydro-2-methyl-9-hydroxy-4H-pyri- do[1,2-a]pyrimidine-4-one palmitate ester – which is used in the synthesis process.

The patent, granted in 2015, offers an improved synthesis process for both Paliperidone and Paliperidone palmitate. The objective was to develop a process using a novel intermediate to facilitate both high purities and high yields, and avoid the formation of impurities.

In order to reduce impurity formation, Neuland’s process involves the use of palmitate ester of 3-(2-chloroethyl)-6,7,8,9-tetrahydro-2-methyl-9-hydroxy-4H-pyrido[1,2-a]pyrimidine-4-one as a novel intermediate.

The process involves reacting compounds in the presence of alkali halide, base, organic solvent and a phase transfer catalyst to obtain Paliperidone palmitate. 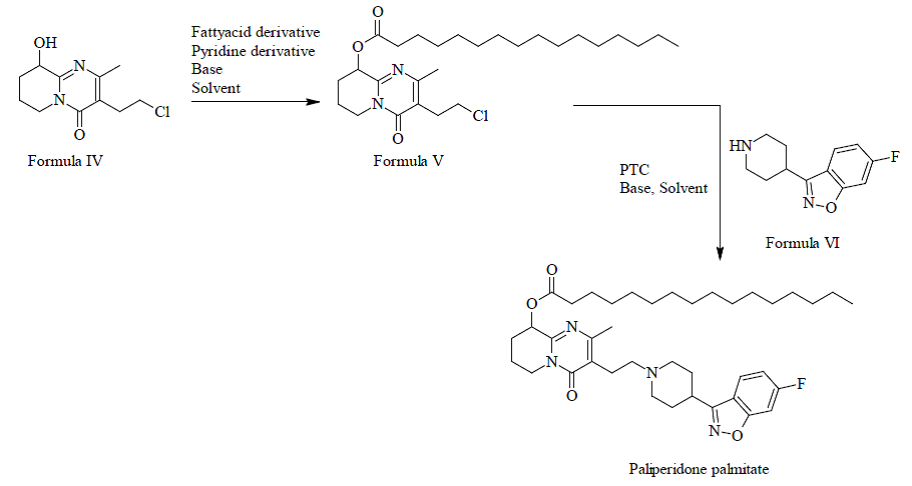 The key advantage of Neuland’s process is the reduction of the formation of the ketone impurity which is considered to occur when introducing the palmitate ester into free Paliperidone.

Neuland’s process eliminates the need for further purification to remove the ketone impurity. This allows for Paliperidone palmitate synthesis with purities exceeding 99% – without sacrificing yield or lengthening processing time.