Generics: U.S. Drug Industry Dominance
The last time you filled a prescription, was it a generic or a brand name drug?

An astonishing 89% of all drug prescriptions in the U.S. are filled with generics.

Of particular interest as far as cost savings are concerned: that 89% only represented 27% of drug expenditures. At pharmamanufacturing.com (Generic But Mighty), Karen Langhauser writes:

“Generic and biosimilar drugs have rightfully earned their place as part of the solution. In the U.S., generics account for 89 percent of prescriptions dispensed but only 26 percent of total drug costs. Generics have saved the U.S. healthcare system $1.67 trillion in the last decade, generating $253 billion in savings in 2016 alone.”

Generic drugs are not a small opportunity, and they already do their share of heavy lifting in the U.S. healthcare market. But generics do face a number of hurdles – some of which Langhauser discusses in the pharmamanufacturing.com article. In no particular order, the top four include: 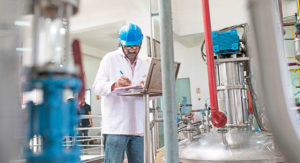 Lingering Consumer Misperceptions of Generics
The drug industry as a whole is well aware there is no distinction in performance or safety between generic and innovator drugs. In fact, that’s the principal reason why drug companies fight so hard to protect their IP and keep other firms away from their niche for as long as possible. But despite decades of evidence, some consumers still equate price and quality. A shrinking percentage of consumers remain fearful of side effects that aren’t found in either the brand name drugs or generic equivalents.

With most generics manufactured outside of the U.S., safety perception issues arise when foreign manufacturers are cited by regulators. There is a misunderstanding that the FDA disproportionately cites India’s pharma companies – issuing Form 483s, which list observations related to violations of Good Manufacturing Practices (GMPs).

The FDA is more active in India and elsewhere than in years past – mostly due to the massive upsurge in generics and the bigger chunk of exports to the U.S. With nearly 600 FDA-approved plants (a sizeable portion of whom export to the U.S. market), India (along with China) has increasingly become a focal point for inspections. From LiveMint:

The rise in inspections comes in the backdrop of the Generic Drug User Fee Act’s (GDUFA) implementation in the US in 2012 which sought to hasten generic approvals and eliminate disparity in inspections of US and foreign manufacturing facilities. One-fifth of FDA inspections happen in India and China currently, up from 11% in 2012, said Edelweiss Securities in a February report.

The increased scrutiny is for good reason: India is the world’s largest exporter of generic drugs. The good news is that the percentage of Indian firms cited has been on the decrease over the last year or two due in part to better training and coordination with regulatory authorities. 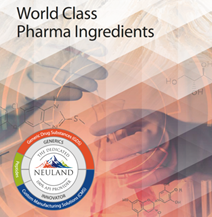 Well-outnumbering those cited in headlines, there are many companies such as Neuland with exemplary regulatory track records and long histories of working with global regulators. But news headlines highlighting recalls, 483s and import bans absolutely increase consumer – and manufacturing sponsor – concerns.

Emerging Policies to Boost Generics?
In the same pharmamanufacturing.com article referenced above, Langhauser discussed policies that could further drive generic drug growth in the U.S.:

“One prominent solution highlighted in the proposed budget was generic drugs. The proposal included several provisions designed, in theory, to give the U.S. Food and Drug Administration greater ability to bring generics to market faster.”

In spite of challenges, the market penetration of generic drugs continues to grow – playing an increasingly important role in global healthcare. Consumer acceptance has also increased, and regulatory agencies & governments seem to be improving how (and how fast) generics are brought to market.