What are Some of the Key Trends in Analytical R&D Labs?

Posted on September 17, 2021 by Saharsh Davuluri

Five years ago this month, we published a post on emerging analytical R&D trends, discussing key techniques such as Multi-Dimensional Liquid Chromatography, Hyphenated Mass Spectrometric Techniques, Error Analysis, Semi-Micro Methacrylate Monolithic Columns, LC/NMR/MS Integration and Supercritical Fluid Chromatography (SFC). Suffice it to say, 5 years later, most pharmaceutical companies now have many (or all) of these instruments in their labs.

Pharmaceutical sciences have spent the last 2 decades witnessing improvement after exponential improvement – with numerous new techniques and technologies which we now take for granted. This trend has only accelerated over the last five years. We thought it would be a good time to revisit analytical R&D and see what’s on the industry’s radar.

In our annual report, we pointed to digitization as one of the key pillars of agile business practices to future-proof Neuland and ensure our continued success.

As we inch closer to Pharma 4.0, the industry is focused on ‘all things data’ – from the Internet of Things (IoT), to cybersecurity, to analytics, AI and automation. This ‘digitization’ of healthcare will only continue to accelerate as data-driven results lead to faster time-to-market and lower failure rates earlier in development.

2. Instrumentation
Advances in technology are creating exponential improvements. One key aspect of such advances in instrumentation has been better data integration – the ability to share data across instruments and platforms to speed up results, improve decision-making or better address scientific complexity – whether through more sophisticated workflows and capabilities or via improved accuracy and lower limits of detection.

Equipment is also getting smaller. Portability and miniaturization have become a key factor as labs are increasingly packed with more and more equipment.

Key instruments that have become ubiquitous in the pharma analytical R&D lab?

Many of the advances in instrumentation have occurred alongside the adoption of QbD and PAT – both of which stress orthogonal approaches to analysis. All of these common lab instruments are following the model of smaller, more portable equipment designed for rapid analysis.

Most instrument makers are also in some cases ignoring size as a key driver for some equipment, choosing to focus instead on massive increases in capability – whether speed & volume (high throughput) or precision (e.g., lower levels of detection/increased sensitivity). This concurrent development will continue, driving newer and more capable equipment into even rudimentary labs while further extending the capabilities of higher-end equipment.

3. Improvements in Speed & Time
Analytical scientists spend much more of their time prepping experiments, rather than running them or analyzing the results. Ironically, as sample sizes have shrunk, the time spent on sample prep has grown. This should come as no surprise, given the higher value of some APIs and the smaller, more concentrated volumes and complexity of molecules. These added complexities often demand highly specific (and more costly) analytical technologies as well as the expertise necessary to handle the samples.

To address these challenges, technologies are increasingly adapting to the need for faster processing or turnaround times. 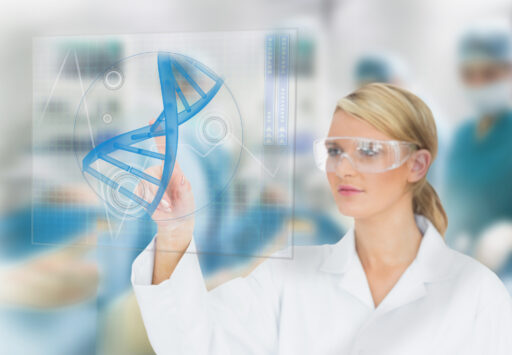 Speed of analysis is important, but another key factor is ease of operation – opening up the opportunity for additional lab personnel to utilize advanced systems. Analytical instruments are increasingly easy to calibrate and operate. In many cases, one-touch operations have reduced the need for instrumentation training and have broadened the number of lab personnel who can perform complex analyses with minimal background in a tool’s operation. This leads to faster results and less operator error – both critical in an age of increasing compound complexity.

These are just a few of the factors influencing the evolution of analytical R&D in modern pharmaceutical labs. As drug development & commercialization becomes increasingly complex, the instruments & methods used to facilitate development will continue to evolve, further transforming the drug industry.