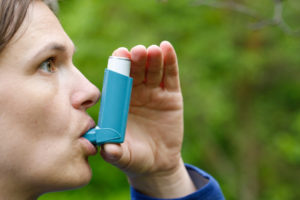 According to the American Lung Association, chronic obstructive pulmonary disease (COPD – which includes chronic bronchitis and emphysema) is the third-leading cause of disease-related death in the U.S. It affects more than 15 million people in the U.S. and 250+ million globally.

Overall the number of COPD cases is expected to continue to rise, and the market for drugs and treatment options will grow. According to research composed by GlobalData, the COPD market is expected to increase from $9.9 billion to about $14.1 billion by 2025.

There are a range of treatments & medications used to treat the various symptoms of COPD. Inhalers (typically bronchodilators) are considered a primary treatment option. Bronchodilators – either long-or short-acting beta2-agonists or anticholinergics – are commonly used to relieve breathlessness. 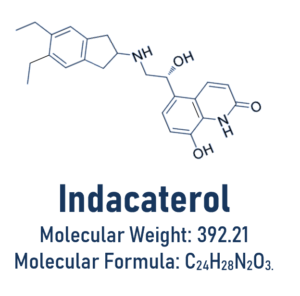 Indacaterol is dispensed as a powder-filled capsule which is pierced to allow inhalation via a special inhaler (e.g., the Arcapta Neohaler and the Onbrez Breezhaler). It’s used to control shortness of breath, chest tightness and coughing caused by chronic obstructive pulmonary disease (COPD). The drug relaxes the air passages in the lungs, which makes breathing easier.

With 4 to 5 years remaining before patent expiry in major countries around the world, an ample development & formulation ramp is in place for a drug company to prep an Indacaterol product for market.

Neuland is ready to supply Indacaterol for developmental purposes in accordance with Bolar provisions, followed by commercial quantities after expiration of relevant patents.

Neuland Labs: Sole DMF Holder, Granted Patents
Today, Neuland Labs is the sole DMF holder for the crystalline Q-alpha form of Indacaterol Maleate with a novel and non-infringing process. Process patents have already been granted to Neuland in the U.S. and Europe which don’t expire until December 2034. 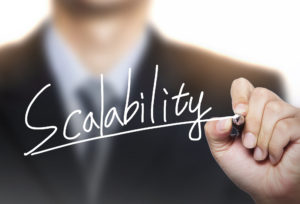 Neuland’s Indacaterol process is cost-effective and is easy to perform at bulk scales.

Neuland: Your Partner for Indacaterol Development
Interested in exploring this COPD generic opportunity? Contact us to discuss your novel long-acting beta2-agonist inhaler project.