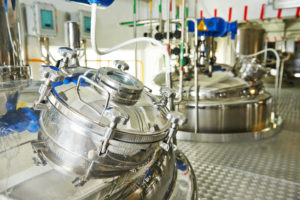 Consistent – Yet Still Low – Clinical Success Rates
The number of drug candidates which are approved, get to market and subsequently become profitable for industry is pretty low. And they haven’t moved much over the past few decades.

What does it mean? The likelihood of a compound getting to Phase I trials is still hovering around 10%. Bottom line: the pharma industry is operating with a 90% failure rate.

An Emphasis on ‘Fail Early’
The numbers don’t – on their surface – look particularly good. One change, however is that drug development firms are constantly improving and refining activities to better identify the ‘losers’ as early in the process as possible.

At the same time, drug companies must plan ahead – the most efficacious and safe drug in the world isn’t likely to come to market if it’s manufacture isn’t scalable or cost-effective.

Process Scale-Up During Early Development
Early drug development activities tend to look at process viability from the standpoint of reproducibility. “Will this reaction yield the same outcome (molecule) each time it is performed?” is a key focus. As candidates move towards preclinical, traits of the molecule itself becomes the focus, including its safety and efficacy.

Quite often, we talk with potential customers who are suddenly nervous about a candidate heading into clinical studies because the synthesis process has yet to be adapted to a commercial approach. It worked at the bench, and scale-up issues took a backseat (or no seat at all) as the drug went through the early steps of demonstrating potential value. Now, faced with a pressing need for significantly larger quantities, the companies are in a rush to ‘get it up to scale.’

But it isn’t always that easy. Linear scale-up may be the holy grail of process chemistry, but it’s usually not that straightforward.

Scaling APIs for Success
Many of the challenges that emerge later in scale-up and commercialization barely attract notice at earlier stages. We discussed this previously in a post on process chemistry, in which we referenced how each step of a process may – in itself – scale up linearly, but when combined into a multi-step process, unseen complications arise.

“This is one of the reasons scale-up rarely leaps from micrograms to tons in a single bound, but rather requires multiple scaling stages (micro or milligram scale, gram scale, pilot scale prior to full production, etc.) to successfully translate bench processes to manufacturing. Scale-up is rarely a linear process (wouldn’t that be nice and convenient!), and at each scale new complications typically emerge that must be worked through.” 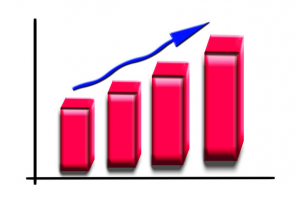 What are the top unseen API scale-up challenges that can disrupt clinical plans?

What happens at the bench isn’t necessarily what will transpire at commercial scales, or even along the scale-up pathway. The path to drug commercialization is fraught with risk, the probabilities of success are low and the costs of failure can be extraordinarily high.

These risks can be amplified by inadequate (or absent) planning and foresight. Incorporating scale-up planning and forecasting as early as possible into the R&D process can reduce the likelihood of unexpected challenges as products near the clinical stage.