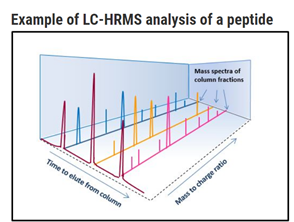 According to the FDA’s 2019 Impact Story: Developing the Tools to Evaluate Complex Drug Products – Peptides: “As a class of drugs, peptides are increasingly important in medicine. FDA is developing the scientific tools to facilitate evaluations of these drug products and proposed generic equivalents.”

The agency reports having seen a “rapid increase in the number of new drug applications submitted for peptide drug products.” They recognize the need to overcome the challenges involved in the detection, analysis and control of peptide-related impurities, and ensure equivalence between generic and innovator versions of peptide drugs.

Peptide drugs continue to offer significant benefits, though delivery challenges remain. In an earlier post on the promise of peptide drugs, we discussed some of the advantages peptides can offer: 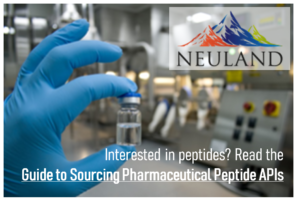 We also touched on some of their traditional challenges, namely:

Despite these challenges, however, novel strategies have “turned peptide therapeutics into a leading industry with nearly 20 new peptide-based clinical trials annually. In fact, there are currently more than 400 peptide drugs that are under global clinical developments with over 60 already

approved for clinical use in the United States, Europe and Japan.” (A Comprehensive Review on Current Advances in Peptide Drug Development and Design)

Here are some abstracts of exciting peptide research currently making the news:

A new antibiotic to combat drug-resistant bacteria is in sight
An international team of researchers, with the participation of scientists from Justus Liebig University Giessen (JLU), has now discovered a novel peptide, that attacks gram negative bacteria at a previously unknown site of action.

Oral Proteins and Peptides Market to reach $8.23 billion at a CAGR of 11.7% by 2028.
However, high cost associated with drug development and low bioavailability of these drugs restraint the growth to certain extent.

Antimicrobial Peptide May be Effective Against MRSA
Researchers from Germany have identified a new antimicrobial peptide that demonstrates significant activity against a variety of bacteria, including multiresistant human strains such as methicillin-resistant Staphylococcus aureus (MRSA) and vancomycin-resistant enterococci (VRE).

Synthetic Corkscrew Peptide Kills Antibiotic-Resistant Gram-Negative Bacteria
An engineered peptide provides a new prototype for killing an entire category of resistant bacteria by shredding and dissolving their double-layered membranes, which are thought to protect those microbes from antibiotics.

Antibacterial Peptide Could Aid in Treating Soldiers’ Burn Wound Infections
An antibacterial peptide developed at Temple’s College of Science and Technology looks to be a highly effective therapy against infections in burn or blast wounds suffered by soldiers.

Nanoparticles enable oral insulin delivery in mice
The particles help insulin, a peptide, to slip through the intestinal wall and into the bloodstream.

Advances in Lipid and Metal Nanoparticles for Antimicrobial Peptide Delivery
Antimicrobial peptides (AMPs) have been described as excellent candidates to overcome antibiotic resistance. Frequently, AMPs exhibit a wide therapeutic window, with low cytotoxicity and broad-spectrum antimicrobial activity against a variety of pathogens.

What are you working on? Share your thoughts here.