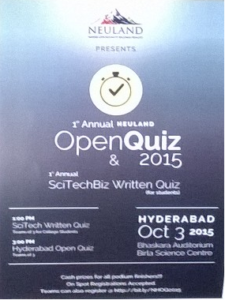 recently conducted its first annual Open Quiz and  ScienceTechBiz Quiz for students in Hyderabad, held at the Bhaskara auditorium. It was an opportunity for us to do something we’re passionate about: encouraging and opening up young minds to science.

In the sciences, global barriers are virtually gone. Thirty years ago, supply chains went global, and with it began the globalization of knowledge. Tomorrow’s scientist will know even fewer borders, and that’s a good thing. But science education starts locally, and we’re firm believers that it should start early. 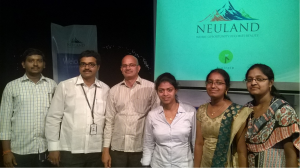 A strong scientific education is a major contributor to Neuland’s track record of excellence, so we understand its importance. We’re also committed to furthering it as early as possible among the next generation of scientists and chemists. Especially chemists.

I want to thank everyone who helped make the event a success.