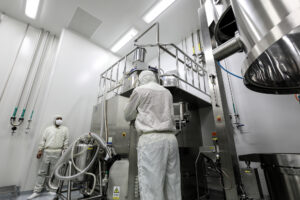 New markets for drug manufacturers are emerging worldwide in regions that have typically purchased and imported drugs in finished dosage forms. While this shift has been underway for a few years, the focus on drug manufacturing self-reliance has surged in response to supply chain security concerns that came to light during the COVID-19 pandemic.

As a result, global interest in sourcing APIs to manufacture drugs locally is growing. Here’s a quick overview of potential opportunities in key regions. 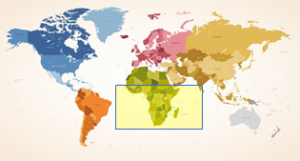 According to a recent report by McKinsey & Company, most of sub-Saharan Africa currently relies on imports for up to 70-90% of over-the-counter and prescription drugs. The resulting strain on both government and household budgets has many regional leaders considering the promotion of more local production.

Most countries in the region are still at the earliest stages of pharma industry development. Only Kenya, Nigeria, and South Africa have industries of moderate size – and almost all of them source APIs from other manufacturers. This is partly because most countries in the region lack a chemicals sector (and infrastructure) needed for API production, and partly because the cost of locally produced APIs would likely be 10 to 15 percent more expensive than imports – notably from India.

While the report acknowledges many benefits local drug production could bring to the region, development of a local industry is likely to take several decades at least. In the near term, the report suggests that drug-product formulation is the better bet until new technologies lower the costs of producing APIs locally. 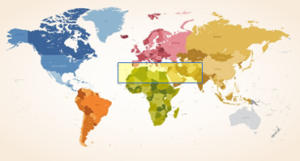 Pharma markets in the MENA region vary considerably depending on where you look. An analysis of the region by CHEManager, for example, notes that Saudi Arabia imports 85 percent of pharmaceuticals because of its high spending power and cultural preference for foreign brands. Egypt, by contrast, produces 90 percent of its drugs domestically, with a much larger slice of its market share made up of generics.

Manufacturing and distribution networks are strengthening in the region, especially in Morocco, Tunisia, and Algeria. These are building on already-strong and established markets in Egypt and Israel. CHEManager also stresses the importance of the Gulf Cooperation Council (GCC), a multinational partnership consisting of Bahrain, Oman, Saudi Arabia, Kuwait, the UAE and Qatar, which is working to standardize drug prices and reduce regulatory barriers. Notable among their efforts is a free trade agreement with India. This is likely to increase generic penetration into the Middle East market and grow demand for imported APIs as MENA companies continue to ramp up domestic manufacturing. 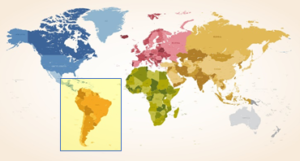 Latin America’s high-growth economies, rapid urbanization, and aging populations are driving a growing pharmaceutical market. According to Mordor Intelligence, the region’s pharma industry is expected to register a CAGR of 6.8% between 2020 and 2025. Foreign investment from India, the U.S. and Europe are on the rise, thanks to growing domestic drug consumption, low manufacturing costs and government incentives.

Pharma Manufacturing and other industry-watchers consider Brazil one of the most promising pharma markets in the region. This is partly due to its population, which is the sixth largest in the world. Steady growth is another factor — about 7 percent year over year from 2015–2020, despite a recession from 2014–2017. According to the São Paulo pharmaceutical industry business association, Sindusfarma, the Brazilian Ministry of Economy registered 418 pharma manufacturing plants in the country in 2018.

Like many countries, Brazil currently imports about 90 percent of its APIs from India and China. COVID-19 has led to discussion of incentives to bolster local production of APIs. One analysis also anticipates significant growth in Columbia, which several companies have tapped as a regional production and distribution hub. 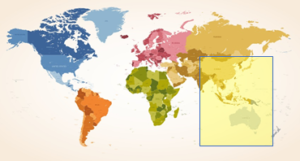 The Asia-Pacific region (APAC) has been called “the new life sciences” frontier by L.E.K. Consulting. A recent special report from L.E.K. highlights a variety of attractive market entry opportunities for pharma companies. With more than 60 percent of the world’s population, regional healthcare expenditures in APAC are projected to grow by 7 percent annually to US$2.4 trillion by 2022, outpacing growth in both the U.S. and Europe. While most manufacturers have typically focused on the large markets in Japan and China, lucrative opportunities are also emerging in Taiwan, Korea, Australia, Singapore, Indonesia, and Thailand.

While APAC is a convenient geographical category, the APAC market itself is highly fragmented and there’s no one-size-fits-all approach. For example, developed markets like Australia and Singapore have advanced healthcare systems and policies that make it easy to establish a local or regional presence. Emerging markets like India and Vietnam offer different opportunities – notably from growing middle classes that want higher-quality options than the universal healthcare their countries provide. The L.E.K. report divides the region into five categories, each with different entry recommendations.

Interested in pursuing opportunities in any of these regions? Neuland can help you make the most of opportunities around the world by supporting your efforts with strong global regulatory experience, complex chemistry expertise and bulk manufacturing capabilities. Contact us today to learn more.