Posted on December 18, 2016 by Saharsh Davuluri

I’m not usually given to using clickbait-type headlines that scream “the sky is falling!”, but I came across a recent article which is a bit eye-opening for our domestic drug industry. Yes, India’s national security – in the form of deliverable healthcare – is suffering from the flight of API manufacturing to the Far East. And the government seems to have taken notice. 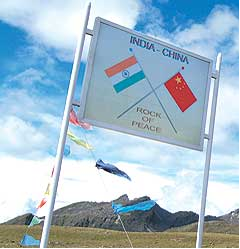 Clarivate Analytics (formerly part of Thomson Reuters) recently released a supplement to their coverage of CPhI discussing India’s dependence on China for pharmaceutical raw materials and the threat it poses to the health-care industry.

“India’s dependence on China for pharmaceutical raw materials is threatening the country’s health-care industry and pushing the government to take action.

India’s imports of active pharmaceutical ingredients (API) or bulk drugs from China reached $2.22 billion in 2015, or 5 percent up from the previous year, according to the latest statistics from the Indian Parliament.

India produces a third of the world’s medicines, mostly in the form of generic drugs, with 300 large companies and more than 10,000 medium and small-scale companies in the sector. However, less than one-fourth of them are producing APIs, while the majority – about 77 percent – make formulations.

“Many of India’s APIs and intermediates manufacturing plants have shut down,” said Ramesh Adige, a pharma expert who was formerly an executive director at Ranbaxy Laboratories Ltd., an Indian multinational pharmaceutical company. “China has emerged as the dominant player in the global API industry due to its large-scale manufacturing capabilities of APIs and intermediates. Chinese imports are cheaper and highly subsidized by the Chinese government.”

I’d love to post the entire article, but Fair Use rules govern – so I’m including the link for you to read the entire piece: http://stateofinnovation.thomsonreuters.com/industry-to-indian-government-bulk-up-on-api-capabilities.

While Neuland Labs has doubled down on APIs (I’ve written numerous posts about our being a pure-play API supplier to the pharma industry), it’s a position that the pharma industry as a whole has slowly been abandoning as producers shift down the supply chain towards generics manufacturing.

Let me say – we’re not clairvoyant. We simply continue to believe in focusing on what we do best. For 30+ years we’ve been manufacturing pharma APIs via the application of complex synthetic chemistry.  It wasn’t so much a recognition of a future market gap as much as a recognition that our success has always been rooted in our API capabilities and the attendant regulatory requirements necessary to produce consistently safe & effective products.

Interestingly, this issue seems to be the topic of much recent (and not-so-recent) discussion. In October, FiercePharma published an article on the topic as well. It shouldn’t come as much of a surprise, either. In 2012, a Thomson Reuters article discussed second-wave emerging markets as potential replacements for API production.

Read the full article at: http://stateofinnovation.thomsonreuters.com/industry-to-indian-government-bulk-up-on-api-capabilities