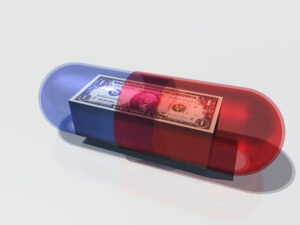 “Blockbuster” drugs — typically defined as those that generate annual sales of $1 billion or more — have been the lifeblood of Big Pharma company revenues since Smith, Kline and French’s Tagamet became the world’s first blockbuster in 1986.

But other, non-blockbuster therapeutics are on the rise, largely due to simplified or advantageous regulatory pathways and the rise of precision medicine. These include orphan drugs, gene therapy, immune system solutions, oncology therapies, CAR-T, CRISPR-based therapeutics, and others.

With so many emerging alternatives, there’s been much speculation about the pharma industry entering a “post-blockbuster” world. But does the evidence support it? To find out, we took a look at the current state of blockbuster drugs today.

A glance at any major pharma company’s bottom line makes it easy to understand the impact of blockbuster drugs. Simply put: they generate a significant chunk of revenue. While $1 billion in revenue per year is the price of admission to the blockbuster club, they can generate much more — over $100 billion in lifetime sales for some of the biggest winners. Pfizer’s cholesterol-fighting medication Lipitor, for example, had lifetime sales exceeding $150 billion in 2018, and AbbVie’s Humira approached $110 billion in that same year. 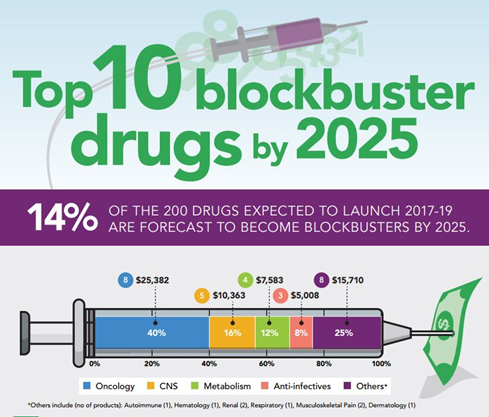 Small wonder, then that blockbuster drugs are the cornerstones of many pharma companies’ portfolios. In 2019, for example, just three drugs — Eliquis, Opdivo, and Revlimid — accounted for 63 percent of Bristol Myers Squibb’s annual revenue, according to data reported by Pharma Manufacturing.

That’s one reason why pharma market watchers like InvestorPlace pay close attention to the rise and fall of blockbuster drugs. Since just one big success can send the stock price of a smaller company skyrocketing, investors have an interest in up-and-coming players with the potential to make blockbuster-class breakthroughs.

The flip side, however, is that larger pharma firms need a regular succession of blockbuster drugs to keep prices stable. These new champions are needed to replace formerly-profitable drugs that fall off the “patent cliff” and become fair game for the makers of generics.

Some of the biggest blockbusters on the market today include: 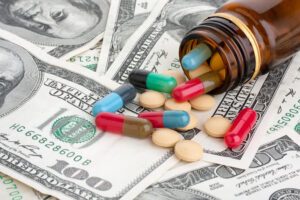 Many other once-profitable drugs face US patent expirations in the near future. One is Lucentis, a macular degeneration drug from Roche which loses patent protection later this year, but is already slipping as a result of competition from Beovu, launched by Novartis in late 2019. This decline comes on the heels of two other big hits for Roche — Avastin and Rituxan — best-sellers that started facing generic competition in 2019.

Despite the disruptions of the COVID-19 pandemic, the pharma industry hasn’t been idle as some of the biggest blockbuster drugs in history enter their twilight years. According to Evaluate Vantage projections reported by DCAT Value Chain Insights, the US Food and Drug Administration is expected to approve at least ten new biologic and small molecule drugs for launch in 2021 that have the potential to hit blockbuster status in the next five years.

Will blockbusters stay on top?

Based on current trends, there’s no sign that major pharma companies see an end to the dominance of blockbuster drugs any time in the near future. Significant investments are being pumped into R&D efforts to develop new drugs with blockbuster potential, as well as legal efforts to extend the protected status of existing winners.

All this activity suggests that blockbuster drugs will continue to be an industry focus for some time — unless one of the up-and-coming treatment modalities suddenly presents a more lucrative business model.