Posted on October 4, 2020 by Saharsh Davuluri 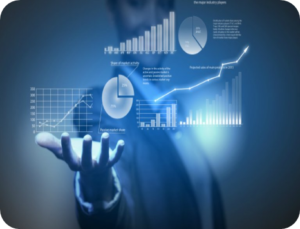 The global market for active pharmaceutical ingredients (APIs) is expected to grow at a 3–6% Compound Annual Growth Rate (CAGR) over the next five years, exceeding U.S. $1.5 trillion by 2023. While the overall outlook is upward, the industry as a whole is dealing with a complicated mix of trends — some beneficial, others potentially damaging.

On the plus side, many new drugs on the market enjoy better success rates than in the past. Many more are also on the way — the number of new products launching in the next five years is on the rise, with an average of 54 new active ingredients.

Pharma companies have a lot riding on these new drugs, however, because of significant losses of exclusivity that are already underway in developed markets. By 2033, 18 of the current top-20 branded drugs will face generic or biosimilar competition. The impact of these and related losses is expected to total around U.S. $121 billion between 2019 and 2023.

In addition, the COVID-19 pandemic has created unprecedented challenges, including supply chain disruptions, labor shortages, and calls to reduce dependence on offshore API manufacturing, notably in the United States but also in other countries, including India.

The Global Drug API Picture
The United States continues to lead the world, with moving annual total (MAT) sales of U.S. $476 billion and a market share of around 45%. China and Japan are the nearest contenders, capturing 8% and 7% of the market respectively. They are followed by Germany, France, Italy, the UK, Brazil, Spain and Canada – each with 2–4%.

The rest of the world makes up the remaining 20%, valued at U.S. $215 billion. See the charts below for additional details. (India currently ranks 13th worldwide.) 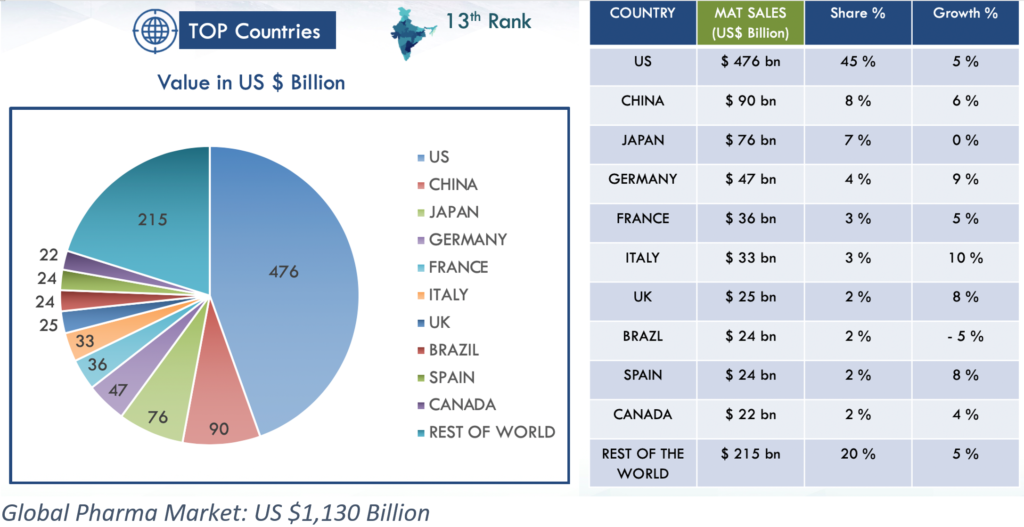 Leading Therapies
At U.S. $49.52 billion, treatments for autoimmune diseases are the top sellers in today’s market, followed closely by oncology biologics ($46.47 billion) and medications for diabetes ($41.3 billion). Others in the top 10 include HIV antivirals, oncology, treatments for multiple sclerosis and epilepsy, anti-coagulants, anti-psychotics, and hepatitis antivirals.

Best-Selling Drugs
Humira (Adalimumab) is the top-selling drug globally, with worldwide sales valued at $24.77 billion — nearly 2-1/2 times that of its nearest rivals. The top 10 performers are shown below.

The Indian Pharma Market
The Indian API market has shown steady growth of 8.6% since 2016. This trend is expected to continue thanks to an increased focus on new markets in the global pharmaceutical industry, transitions to specialty segments, and strong domestic demand.

The COVID-19 outbreak has generated a great deal of attention to the percentage of APIs India currently imports from other countries, primarily China. Chinese imports have risen steadily in recent years, growing from 62% in 2012 to 68% in 2019 – largely due to the low-cost advantage enjoyed by Chinese manufacturers.

This high dependency on a single nation creates significant risks for India’s domestic pharmaceutical industry. Frequent supply disruptions from China are not just a concern for India, but for global pharma concerns as well. Recent events have also included unexpected price movements, genotoxic impurities, shutdowns of plants because of pollution, and other disruptions related to the outbreak of COVID-19.

Emerging Opportunities for India’s API Business
India has responded to these concerns in multiple ways that are creating new opportunities for API manufacturers based in the country. These began with increased U.S. FDA scrutiny to improve compliance in the detection of Nitrosamine impurities in Sartan APIs. The country is also moving to strengthen its API pipeline relative to China.

India already has the advantage of more U.S. FDA-approved plants than China. The domestic API industry benefits from a large talent pool with strong chemistry skills. Together, these and other factors enable India to offer a more nimble and stable source of API supply than Chinese rivals. 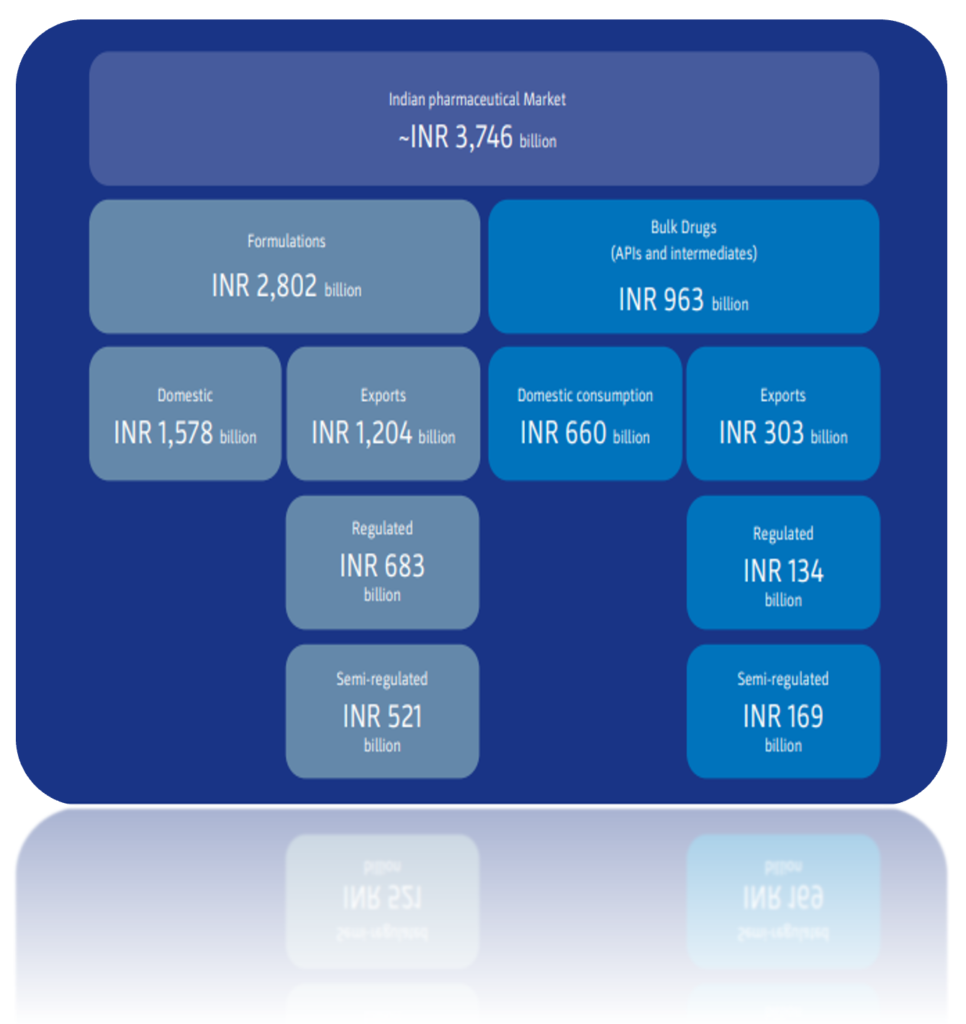 Future Trends
Despite some challenges, all signs point to a growing market need for new API business, both in India and worldwide. Original Abbreviated New Drug Application (ANDA) approvals have grown steadily from 2014 to 2019, a trend which looks set to continue creating new API opportunities.

Neuland continues to monitor these and other market drivers on an ongoing basis in order to keep you informed of key market changes. We’re also taking every possible step to protect your business from supply chain risks. Current and planned efforts include redundant manufacturing sites worldwide, multiple alternate facilities, maintaining our excellent regulatory track record, and bringing production of precursors and intermediates in-house.