Posted on November 4, 2019 by Saharsh Davuluri 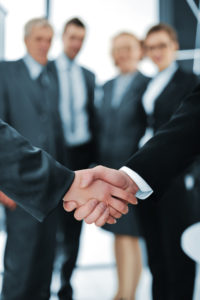 In July, the United States and European Union finalized a Mutual Recognition Agreement (MRA) for drug manufacturing inspections. Both parties have now fully implemented the MRA for specific therapeutics in their respective countries and territories.

First things first, what – exactly – does the MRA do, and why was it conceived?

The MRA allows regulators from EU member states and the FDA to rely on each other’s good manufacturing practice (GMP) inspections. It recognizes that each other’s regulatory systems have comparable capabilities, procedures and controls necessary to perform GMP drug inspections.

Every year, EU national authorities and the U.S. FDA inspect drug manufacturing facilities in the E.U. and U.S. – and also around the world – to ensure that they are operating in compliance with good manufacturing practices (GMPs). The now-finalized MRA enables 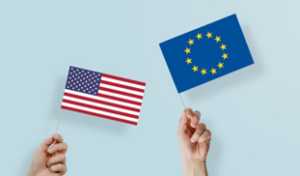 U.S. and E.U. regulatory authorities to recognize one another’s inspections in U.S. and E.U. facilities – and it should have a positive effect on drug manufacturers.

Early Moves Towards an MRA

The stage was set for today’s agreement back in 1998 when the EU and the US first signed a broad MRA. The agreement included a Pharmaceutical Annex which laid out reliance on each other’s inspections. The Agreement, however, was never fully implemented – falling by the wayside due to a number of other factors (which are well-explored in this Institute for International Economics chapter on US-EU Mutual Recognition Agreements).

In 2014 the EMA, EC, various EU national regulators and the FDA launched talks in order to fully adopt the annex, while beginning efforts to assess each other’s regulatory systems. The discussions culminated in the 2017 revision of the annex – which went into effect in November of that year. It allowed the U.S. and European Union to recognize each other’s inspections of drug manufacturing facilities.

PharmaceuticalOnline covered the reemergence of the MRA back in 2017:

“The passage of the Food and Drug Safety and Innovation Act (FDASIA) in 2012 reignited the dream of mutual recognition because the statutory language explicitly authorizes the FDA to accept the findings of a foreign inspector when its drug inspectorate is “capable” of conducting inspections that are equivalent to U.S. standards. Following FDASIA, negotiations between the FDA and the EU began again in earnest. Those efforts led to the historic 2017 amended Sectoral Annex to the 1998 U.S.-EU MRA.

The 2017 agreement originally applied only to EU Member States the FDA had evaluated. During this transition phase (as the EMA refers to it), the various regulatory bodies “assess each other’s pharmaceutical legislation, guidance documents and regulatory systems as part of the agreement.”

In 2019, Slovakia became the last EU nation to win approval (following on the heels of Germany, in June). The finalization of the MRA in July of this year marked the full extension of the agreement to all 28 EU Member States (with some exceptions – explained later) and the formal end of the transition phase.

What are the Benefits of the MRA?
So what does it mean for regulatory agencies (FDA and various EU regulatory bodies), as well as drug manufacturing firms?

There are a number of implications, all of which are positive:

Not everything is covered by the MRA. 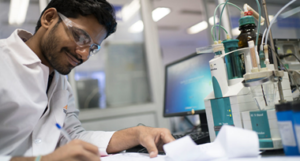 There are some exceptions to the broader MRA. In general, human blood, plasma, tissues and organs as well as veterinary immunological drugs are not covered by the MRA, and the respective regulatory regimes will continue with their own inspections.

Other exceptions exist for specific European nations. In Slovakia, the MRA will only cover single product facilities, while in Malta certain drug types are excluded (e.g., high potency).

What does the future hold for the MRA?

Beyond routine facility inspections, the goal is to extend the MRA to add other products & inspections.   For example, MRA coverage may be extended to include: