The first in the class of drugs known as selective relaxant binding agents (SRBA), Sugammadex sodium is used to reverse anesthesia. Via 1:1 binding of rocuronium or vecuronium, it rapidly reverses any depth of neuromuscular block while avoiding cholinergic adverse effects. The generic ingredient in Merck’s Bridion®, Sugammadex reverses the effects of neuromuscular-blocking drugs that freeze vocal cords and muscles during surgery – allowing patients to be taken off breathing machines and go back to breathing on their own sooner. 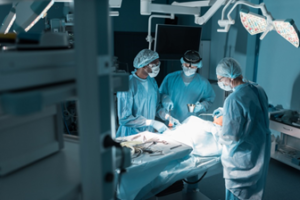 Process Challenges Overcome by Neuland
Neuland has developed a robust, scalable, operationally safe process which consistently produces product as per desired yield and quality at higher volumes. The synthetic process consists of 3 steps:

In tech Sugammadex-Na (Stage 2), impurities at RRT 0.89 and 0.96 are very difficult to remove and attributed to Stage 1 intermediate quality. This was accomplished with purification by crystallization and achieves 85% purity as per Stage 2 specifications.

The preparative HPLC method is sensitive to many variables, including input material solubility, pH, and column performance—all of which were largely overcome with appropriate checkpoints in the process.

A process was also established to improve yield for the failed fractions unable to load into the preparative HPLC column directly.

Neuland’s API quality meets the regulatory requirements regarding any SMUI to NMT 0.089%, based on dosage value.

To discuss opportunities and find out more about launching a product with Neuland’s Sugammadex, contact Neuland Labs today.