Posted on February 15, 2019 by Saharsh Davuluri 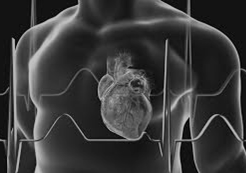 Pulmonary arterial hypertension (PAH) is a rare disease affecting 1-2 people per million in the U.S. and Europe.

The orphan drug Bosentan, a dual endothelin receptor antagonist, is used in the management of PAH.

4-Tert-butyl-n-[6-(2-hydroxyethoxy)-5-(2-methoxyphenoxy)-2-(2-pyrimidinyl)-pyrimidine-4-yl]-benzenesulfamide, monohydrate – better known as Bosentan – functions by blocking actions of endothelin molecules that promote the narrowing of blood vessels, which leads to high blood pressure.

Bosentan was introduced in 2001, the first of a new class of PAH drugs – endothelin receptor antagonists (ERAs). Today it is available in both tablet and suspension forms.

What is Pulmonary Arterial Hypertension (PAH)?
The World Health Organization (WHO) classifies PAH among the 5 groups of pulmonary hypertension – a condition in which the arteries become narrower, thickened or are blocked entirely.

According to the NIH: in the United States, about 1,000 new cases of pulmonary arterial hypertension are diagnosed each year. This disorder is twice as common in females as in males.

The orphan indication PAH “occurs when the very small arteries throughout the lungs narrow in diameter, which increases the resistance to blood flow through the lungs. Over time, the increased blood pressure can damage the heart.”

Reducing Impurities During Bosentan Monohydrate Manufacturing
Using traditional techniques to synthesize the Bosentan sodium has the drawback of yielding about 2% potential impurities, typically hydroxy-, styrene- and dimer impurities. For example, one common synthesis technique resulted in the formation of undesirable ethylene glycol bisulfonamide, which is a dimer impurity.

The downside, of course, is that yields suffer and manufacturing costs rise. 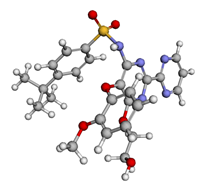 Bosentan Manufacturing Today
A team at Neuland studied this challenge, and developed an improved process to produce a crystalline form of Bosentan. The process yields less than about 0.2% of the three above-mentioned impurities, and consists of fewer processing steps.

Neuland began manufacturing the Bosentan API in 2011. The Company has been a granted patent (which expires in 2033) for a novel crystalline form of Bosentan sodium, the key intermediate of Bosentan.

Bosentan is an example of how a contemporary approach to API process development can create efficiencies. In some cases, this can result in:

Adopting new approaches to older compounds can also extend the lifecycle of a drug class, or create other new opportunities.

Learn more about Bosentan opportunities in North America and Asia/Pacific.