Posted on December 30, 2018 by Saharsh Davuluri 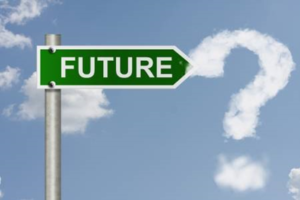 With the global population continuing to both increase and age, pharma industry growth is likely to continue. While facing pricing hurdles in well-established mature markets, the emerging drug markets (China, in particular) seem poised to continue flourishing.

What impact, if any, will this have upstream in the drug supply chain, notably among API and peptide producers?

Factors which bear watching in 2019 are:

Focus on Optimizing Bulk Efficiencies
Over the last few years, cost pressures have struck up and down the supply chain, and contract pharma firms haven’t emerged unscathed. Process optimization is no longer something that is done to solve a particular production process, such as finding a new synthesis route to overcome process viability issues.

Today, optimization is an absolute must – to control production costs, to reduce or eliminate EHS issues, to decrease lead time, to improve the safety or efficacy profile, to adapt to new or updated regulatory guidance and more.

This reinforces the need to use ‘bulk-think’ at the earliest possible process development stages. It’s a mindset that encompasses many different aspects and strategies. The use of Design of Experiment and QbD play a huge role. But is also necessitates a change in approach, where the overarching goal of a commercially-viable, safe and efficacious, effluent-minimizing manufacturing process is always front-and-center – even at the earliest stages.

China’s Role in API Manufacturing
Scandal after scandal has cast a long shadow over quality. This chain of events has been disastrous for China’s massive API manufacturing industry. While increased regulatory oversight may help alleviate concerns in the long-term, growth will likely be hampered by increasing trade tensions and uncertainties between the U.S. and China. (We discussed this at length in our last post, Pharma API Supply Chains: Mitigating Risk.)

Other reservations haven’t helped. China’s crackdown on pollution has sent some global companies scrambling to find alternate material sources or bring manufacturing in-house.  While the net effect of improved enforcement will undoubtedly be positive both with polluters and pharma suppliers – better quality, fewer ‘bad’ suppliers – it leads to short-term ambiguity and risk.

Year of the Peptides?
Peptide-based therapeutics have been a promised rising force over the last ten years or so, following decades of inactivity. Their potential hasn’t been overstated. Once unlocked, peptide drugs could deliver fewer side effects and better efficacy at lower dosages, though technical challenges with drug delivery still remain.

As with all new (or, in this case, re-emerging) drug classes, ascendancy often happens in fits and starts. An article last year at Drug Discovery World captured this concept in their headline: Oral Peptide Therapeutics – A Holy Grail or Quixotic Quest?

The answer is likely somewhere in between ‘holy grail’ and ‘quixotic quest.’ The authors note: “Though peptide therapeutics offer numerous advantages, and the growth of such drugs is strong, there remains a significant gulf between ‘market actual’ and ‘market potential’. This is largely attributable to challenges with the route and method of delivery of peptide drugs.”

2017 – the last full year for which data is available – set a 20-year record for overall drug approvals (46), of which six were peptide-based. The future for peptides remains very bright, and we are closely watching drug delivery developments.

Supply Chain Security
Supply chain security issues remain big-picture for everyone in the drug industry. We have recently seen the migration of track and trace up the supply chain – from packaging to tagging active drug substances with molecular biomarkers. The explosion of counterfeit drugs poses a big challenge, and regulatory agencies worldwide are focusing on solutions.

Geopolitical & Trade Concerns
Another macro concern, which relates to both China and trade issues generally, has been the global emergence of nationalist sentiment. Coupled with trade conflicts and a collective sense of insecurity facing the established – and very globalized – system of business that has emerged over the last 60-odd years, we’re seeing more requests to ensure multiple redundant suppliers or facilities are available to drug companies seeking to mitigate risk.