Posted on December 15, 2018 by Saharsh Davuluri 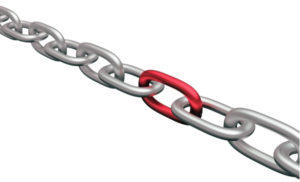 The risks to pharmaceutical supply chains grow in parallel with the industry itself. As drug markets have become increasingly complex and global in nature, so – too – have drug ingredient supply chains.

Today’s top threats to the drug supply chain remain regulatory & quality issues and capacity limitations. But these threats themselves are subject to a variety of both internal and external forces and risk factors.

From drug quality issues to natural disasters, an almost endless parade of complications can arise. Coupled with a shift in 2018 towards more aggressive trade actions and policies, pharmaceutical manufacturers face an almost unprecedented array of supply chain challenges that can be tough to quantify, project and mitigate.

China Stumbles Upwards
The prominence and sheer scale of the Chinese drug market is undeniable. It is among the drug industry’s overall top growth drivers – China possesses a burgeoning middle class, and coupled with a globally aging population, offers significant market opportunities. As the market for drugs has emerged in China, so have Chinese suppliers and manufacturers – and the last few years have not been kind.

A large number of recalls and facility closures (some driven by falsified vaccine data) provided a real-world test for China’s emerging regulatory authority (CFDA). It has also challenged understaffed U.S., European and other global regulatory bodies.

As the result of various regulatory issues and the rapidly growing scale of the Chinese drug industry, the FDA and others ramped up local staffing to address the volume. China’s CFDA has been significantly up-staffed as well – though the jury is still out on whether the proper resources will be allocated and whether a decentralized GMP inspection regime is sustainable.

These regulatory actions have been part of a much larger trend. In 2015, data suggests there were 7,000-9,000 drug and API manufacturers in China. More recent estimates point to about 4,500. From CPhI: “The number of [API] suppliers has decreased through a combination of mergers, acquisitions, and closures.”

While the overall impact of increased Chinese regulatory actions is expected to be positive and lead to improving confidence, the short term impact on the industry has been rising prices and growing attention to supply chain risk.

As the regulatory ramp-up occurred, China was also continuing efforts towards its Blue Sky initiatives, aiming to tackle the increasingly dire pollution plaguing the country.

Their measures have met with undoubted success: overall PM2.5 levels in Beijing had fallen by 40% from their peak in 2012-2013. But polluting industries may be migrating south, where smog levels are rising.

But there has also been a steep cost increase across multiple, affected industries. New tax laws that came into effect in 2018 are targeting polluters – including API producers.

Some API producers near to the major cities like Beijing and Shanghai have been asked either to slow down or close operations. Many other upstream organizations who met global regulatory standards for drug production nonetheless closed down operations due to the increased environmental protection efforts.

The Impact of China’s API Industry Challenges
The last few years have delivered a strong blow to the Chinese API industry, but impacts were felt well beyond China. Global drug companies had to work quickly to identify alternate supply sources, leading to product shortages and manufacturing delays. In addition, partially as a result of the environmental and regulatory issues and partially due to increased automation, prices have been rising.

Supply Chain Anxiety in the C-Suite
As a lesson in the risks of single-sourcing, the China situation served its function. And it’s one reason why drug company execs consistently identify supplier security and risk management as a key challenge. It’s a situation that in 2018 was compounded by geopolitical events and potentially far-reaching trade disagreements – injecting even more uncertainty into global supply chain planning.

Thriving on Predictability
Maintaining supply integrity demands appropriate risk management. Global drug firms want their suppliers to have appropriate strategies and redundant capabilities in place to preventatively manage risk. The more predictable a system – the less risk to be managed.

Managing supply chains both upwards and downwards is always a safe move for manufacturers. Securing your own supply chains allows you to deliver your clients greater certainty and security upstream.

Mitigating Supply Chain Risk With ‘Insulating Facilities’
It’s also how we function at Neuland. Helping clients improve the security of their supply chains means maintaining the security of our own capabilities. One of the ways in which we’ve increased security is via ‘insulating facilities.’ Our recently-acquired Unit III, for example, is an FDA inspected site for the production and supply of intermediates which can be used to insulate our other manufacturing facilities (Units I and II) from supply-chain disruption.

Thriving on Predictability
Maintaining supply integrity demands appropriate risk management. At Neuland, we’ve addressed this internally by identifying certain high-impact intermediates which can be backward integrated to manufacture in Unit III. This can help alleviate congestion in Units I and II, while offering the structural scope and set up for future expansion. And as independently-inspected facilities, this redundancy provides customers with seamless, rapid transition of supply in the event of a disruption.