Posted on December 6, 2015 by Saharsh Davuluri 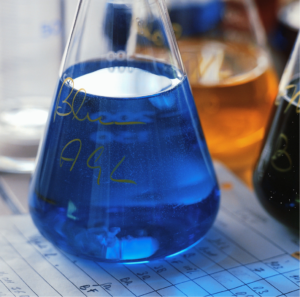 A genotoxic impurity (GTI) is a chemical substance that can directly or indirectly damage DNA or chromosomes and induce genetic mutations. Fifteen years ago, there were no specific guidelines for them.

In 2007, however, general awareness of the risk and consequences of GTIs surged when Roche’s drug Viracept® was accidentally contaminated in a case that quickly became high-profile. Residual ethanol left in a storage tank reacted with acid over a long period of time, creating high levels of ethyl methane sulfonate (EMS) that remained in the product. The EMS levels in the tablets went undetected until patients who took them showed adverse effects.

Since then, vigilance concerning genotoxic impurities has grown, and regulatory standards have emerged. The regulatory standards governing GTIs, however, don’t take long-term therapeutic usage (potentially higher, longer-term thresholds) into account, and some uncertainty exists regarding several aspects of the standards.

Neuland has been at the forefront of research and method development into sensitive, efficient ways to detect low levels of impurities for some time.

As some genotoxic impurities cannot be completely eliminated, emphasis is placed on sufficiently controlling them to comply with the impurity limits set by regulatory bodies.

For unusually-potent impurities or those that produce toxic or unexpected pharmacological effects, the detection and quantification limit of the analysis should match the level at which the impurities should be controlled. The Threshold of Toxicological Concern (TTC) is the level at which someone can be exposed to a genotoxic impurity in most pharmaceuticals with minimal risk, balanced with the therapeutic benefits of taking the drug. The TTC for intake of a genotoxic impurity is 1.5 micrograms per day.  Low and high limits are case-specific and based on each compound’s toxic potential.

To assess the potential for GTIs to affect drug quality, a proactive, multidisciplinary approach should be used. A highly conservative limit, the TTC level can only be applied singly to individual GTIs when the impurities are not structurally similar.

With multiple structurally-similar impurities that are expected to act by similar genotoxic or carcinogenic mechanisms, total daily exposure should be evaluated in relation to the TTC. Appropriate individual limits should be applied to the sum of all structurally similar GTIs.

How to Control GTIs

To best detect and control GTIs, we recommend using a planned set of controls – derived from current product and process understanding – that ensures process performance and product quality. Of paramount importance: selecting a route that doesn’t use genotoxic-alerting intermediates or reagents – or a combination with the potential to generate GTIs. Controls include:

What is your experience with controlling GTIs?