Posted on September 23, 2014 by Saharsh Davuluri 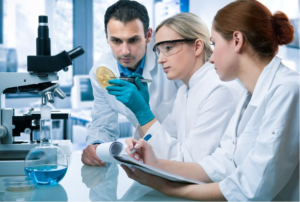 Last week, we wrote a post on new analytical methods for the detection of impurities that our R&D group had developed for the drug Febuxostat. And we’ve done the same in other posts, as well (see, for example, this post on Genotoxic Impurities). Drug quality and strong analytical capabilities obviously go hand-in-hand – it’s virtually impossible to achieve the former without the latter at all stages of a drug’s development and production. Staying on the cutting edge of analytical development – as Neuland has done with genotoxic impurities and drugs such as Febuxostat – is one of our strategies geared towards helping clients build successful drug portfolios. Companies want highly-competent research and manufacturing partners. An in-depth evaluation of analytical capabilities is critical to the selection a pharma contract research & manufacturing firm. In our experience working with APIs, peptides, and contract manufacturing as a whole, we’ve found that clients generally seek:

Technology Matters – and so does Process At Neuland, it’s important for us to stay on the leading edge of analytical technology. Changes are happening rapidly, and capabilities are constantly being extended. As a drug contract manufacturer, however, processes are just as important, in fact – they are often the most important thing. Methods – and the technologies that enable them – are only as useful as the processes that can be developed, reproduced, documented and implemented with them. How much do analytical capabilities weigh in your Company’s selection of a contract manufacturer?